Anyone here got some cool things you can do with a VPS?

Anyone here got some cool things you can do with a VPS?

I wrote a blog on this. My site is down as I rewrite it but

I already explained why I love syncthing, but one limitation is both devices must be online to sync, so this often happens:

Host backends I write independent of my computer, so they are available when ever me or a friend needs them. Nothing high traffic in this section, but involves some MySQL and such. Mostly node, some rust.

Problem: When signing up for services, they have your email now and can do as they wish

That way, if a service goes rogue

My photos are a large part of me, and I would like to have public galleries to share with not only my photography teacher, but anyone I give the link to.

The software I use has password protected galleries support, so I can have fully public ones, and a special gallery for class, for my family, and for me.

A wonderful replacement for Google #photos, because it is no longer free

I want to host a small file server that allows me to have public, unlisted, and password protected areas. In most cases, Google drive is appropriate, but occasionally drive.

I run a couple of nodes

Run a Nextcloud instance on it.

Didn’t know this existed, but it sounds really cool! Might add one of mine to the network :D

I set up a NextCloud instance for myself using Digital Ocean. I used this guide using Snap, and it’s been running for a couple of years now without a hitch. It’s a really nice way to deGoogle since you can use it for file sharing, calendars, music, etc.

You could host an instance of a fediverse platform (like Lemmy!) if you’re interested, and up for the responsibility of moderating and maintaining the community.

An easier thing that requires less moderation might be to host a privacy oriented “alternative client” for large platforms, such as Invidious for Youtube, Nitter for Twitter, or Teddit for Reddit. They provide users a way of accessing those non-privacy-respecting services while giving minimal data to them.

You could also host your own VPN or DNS/PiHole server and be pretty confident that the server isn’t collecting data you don’t want it to (though your VPS is itself still a concern in that department).

Running BOINC or Folding@Home will donate your server’s computing power to science! Both run calculations for research projects on the local machine (serious ones too, like COVID or cancer research, or crunching the math on the results of particle accelerator experiments).

Finally, if you have an open source project that you want to support, seeding their release torrents and/or providing a mirror server for their package manager or general file store is an easy way to help them out!

You could build your own personal knowledge base with Trilium Notes, as seen here: https://lemmy.ml/post/85062

Install yunoserve and host a mastadon instance? I host my website through wordpress this way. Yunohost let’s you install a bunch of interesting prebuilt things (wordpress, mastadon, email servers, folks sharing, etc) through a gui. As much as i love wandering through a cli, this just makes setting up super fast. 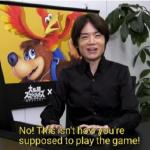