No sorry. But Ethereum will transition to proof of stake in June/July, we might get graphics cards then.

London mayor wants daily driving charge of up to £2

London mayor wants daily driving charge of up to £2

Jaywalking is the most infuriating thing. It’s illegal to walk in public space, and by the way it’s called the land of the free.

link
@uthrediitoCKTN•Web 3.0 and the undeliverable promise of decentralization
link
2•3d

@uthrediitoCKTN•Web 3.0 and the undeliverable promise of decentralization
link
8•
edit-2
3d

Web3 was being used as a buzzword in 2017/2018 by cryptocurrency projects. I can’t believe it has actually caught on. 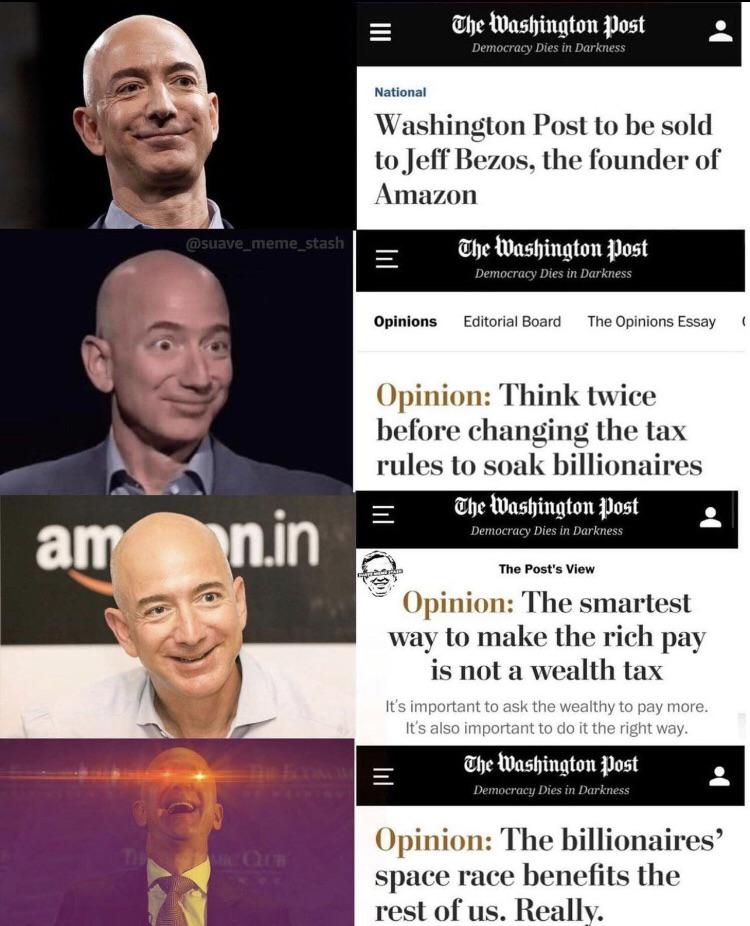 This video isn’t advocating completely removing roads, so emergency services could probably be used in a lot of cases. In fact if more people are walking /taking public transport then there will be less congestion and emergency services will get there sooner.

We’re using our streets all wrong | Hard Reset by Freethink

We’re using our streets all wrong | Hard Reset by Freethink

Larry Tesler, inventor of the cut, copy, and paste commands, dies at 74

@uthrediitoFuck Cars•I live in a rural area 30+ miles (50+ KM) away from anything else without access public transportation. What are my options to get basic necessities like food without using a car?
link
3•6d

Electric cars are better because they don’t emmit greenhouse gases or toxic fumes, but they do share much of the other problems cars have (take up space, dangerouse, congestion).

link
@uthrediitoFuck Cars•I live in a rural area 30+ miles (50+ KM) away from anything else without access public transportation. What are my options to get basic necessities like food without using a car?
link
3•6d

Driving in rural areas is less of a problem because there is more space to waste, there won’t be congestion because of low population density and there probably won’t be enough fumes/pollution in one place to seriously harm anyone.

So yes, I wouldn’t mind someone driving a car in a rural area as long as:

Interesting idea, it is sort of like an AI driven bus that sticks to bus lanes

I like to use Lemmy though a browser on mobile, the interface is good (especially compared to reddit) but I think the buttons could be changed a bit to make it better.

I think it might improve the mobile UI to have all buttons at the bottom (sort of like in lemmur):

Buttons that I think would be useful at the bottom:

Are you going to wait until all hexbear features have been added to Lemmy before moving or do you think you will move over before that point? Any idea how long this will take?

Thanks for the contributions by the way!

Rather than acknowledging that climate change is caused by emissions which are largely done through energy production, transport in supply chains and industrial activities, i.e. systemic elements, he goes on to complain about how individuals, who have nothing to do with energy production or transport, are hypocrites.

If people (particularly in the countries surveyd):

then GHG emissions (and environmental damage in general) will continue to remain high.

The solution to global warming is to wind down the fossil fuel industry to zero, which should be easy enough to understand. This is an act that will have a significant impact everywhere and we should focus on managing that change.

Ok, how are you going to do that without reducing consumption? We have been investing in green energy for decades and fossil fuel consumption continues to increase every single year: 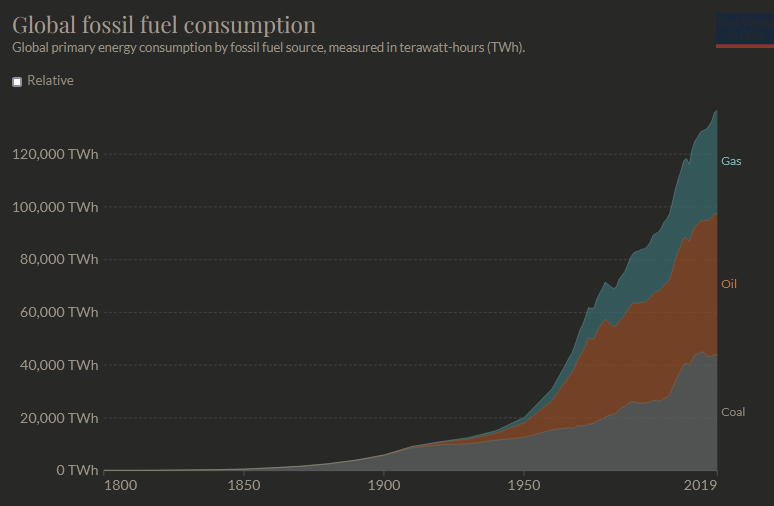 I don’t like the framing that it is ‘industry’ that is causing GHG emissions because it lets the actual individuals who are taking advantage of the system of the hook. These individuals are the shareholders who profit, but they are also the consumers who get ultra cheap goods because they don’t give a fuck where it came from.

@uthrediitoAntiwork•I've been attending interviews just to turn them down.
link
1•9d

Why American Cities Are Broke - The Growth Ponzi Scheme [ST03]

Why American Cities Are Broke - The Growth Ponzi Scheme [ST03]

Here are the projects that NLnet supports. A lot of really cool ones, including Lemmy.

How can we reduce congestion?

How can we reduce congestion?

How to Argue on the Internet (and WIN)

How to Argue on the Internet (and WIN)

@uthrediitoWorld News•Omicron is not mild and is crushing health care systems worldwide, WHO warns
link
1•10d

I’m sorry but I still disagree.

The article is quoting the world health organisation which is a global organisation. WHO is looking at data from the whole world, not just the US.

I would prefer not to change the title because: