Would the EMPs of a nuclear war permamently destroying personal electronics be a concern for someone prepping for the worst case?

Would the EMPs of a nuclear war permamently destroying personal electronics be a concern for someone prepping for the worst case?

Ive been thinking about nuclear war quite a bit lately, I dont feel anxious but I do like to feel prepared. While I think the main priority should be food and water for the ensuing famine, having a laptop might be beneficial (obviously no internet though).

Ive heard about bombs knocking out telecommunication, but do they also fuck up the personal electronics permamently of people who are far enough away not to be killed by the blasts?

Since the EMP effect is known, this is what will happen in the event of a nuclear war. The attacking country is not going to drop a nuclear bomb directly on a city in Hiroshima-style, because it is not in the interest of leaving a destroyed and polluted country that it wants to conquer, but of disabling its infrastructure.

Of course, you can protect some electronic devices, putting them under a Faraday cage, in case of an EMP because of a nuclear bomb that explodes at high altitude, but this is not possible in large facilities, such as power plants, vehicles, water pumping stations, gas station fuel pumps, server stations, etc… Without this, the cibilization collapses completely, without water, without transport, without food and without communication.

Short- and medium-range nuclear missiles are more frightening, since they are what is going to be used, because they do not give time for a possible defense that would give long-range missiles, since short-range ones only leave 2-3 minutes of margin, before reaching the target or the stratosphere above a country, putting off its lights.

You’re assuming they want to conquer the other nation. Countries like the US, instead, really just want nations not listening to them out of the way. It’s why so much of their war tactics include “salting the earth” and turning beautiful places into war torn hellscapes.

No, US want the recources of a country, Petrol, gas, minerals, not so good if the country is contaminated with radiation. 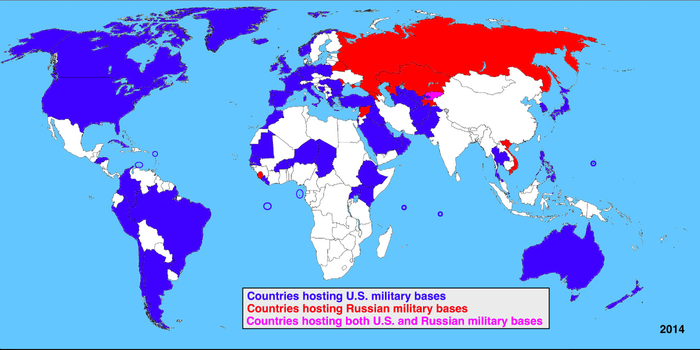 Good point on that.

I can answer your electronics worry, but not the nuclear one. A small Faraday cage would work to protect your devices.

A tutorial on Faraday cages:

Something that I’ve noticed that a lot of people don’t talk about is that feraday cages need to be grounded. The most reliable way to do this is probably by connecting it to the ground prong on your wall outlet (be extremely careful not to connect it to the live prong or you will die!) A metal cold water (not hot water) pipe could also work, or as a more “idiot proof” option, take an old computer power supply with a non-painted metal casing, plug it in with a three prong grounded power cable (but turn OFF the power switch on the back of the PSU), and use an alligator clip to connect your Faraday cage to the metal casing, being careful not to touch any of the internals. Before plugging the power supply in though, you might want to use a multimeter to check for conductivity between the ground prong on the PSU itself and the connection to the feraday cage.

Though, some places, like Japan, straight up doesn’t have a ground prong on their outlets. I have no idea how to do this for those, or honestly, even how the hell they keep their electrical systems safe

I fail to understand why it needs to be grounded. I tried to search a bit but no one seems to have a physical account for their claims.

Basically, the energy needs to go somewhere. A feraday cage isn’t meant to absorb EM energy, but to redirect it safely away from sensitive electronics. Otherwise, itcoulds still transfer that energy into your electronics.

For example, EMI shields inside your electronics, which are technically feraday cages, are grounded.

Even when you can save your computer, how will you save electric power plants or server stations? In case of an EMP atack, the PC is useless, apart your minor problem. Happy those who live on the outskirts on a farm with orchard, chickens and a well with water, to have to eat and drink, all this in an EMP attack is no longer available.

Does anyone have recommendations for reasonable faraday cage enabled containers? For a laptop, HDD and such.

There are numerous resources on how to make your own. They really aren’t complicated.

There is a subreddit you might find interesting r/prepperfileshare

Beyond that, you could always just vacuum seal multiple low power SOC computers with portable solar panels, couple of USB hard drives, Blu-ray drives with archival blu-ray discs and then just bury it in an appropriate container. Adequate depth in the dirt can make an effective faraday cage. Store an archive of wikipedia and other useful information. I probably wouldn’t bury any lithium batteries with the solar because they would likely be useless without receiving a charge underground for so long.

Work on getting prepared now so you’re used to living that type of lifestyle before the bombs drop. It makes you more likely to survive unexpected circumstances while you still have civilization around to fall back upon while you’re working out all of the unforeseen kinks. Ask me an questions you might have if you have questions.

Also the other advice in this thread is good too: prepare for the most likely disasters, and focus on strengthening your local community to local disasters.

You could absolutely build a Faraday cage, but if you’re thinking about disaster prep then I would not put that high on your list. Find out what disasters would be most likely in your area and get prepared for those. If possible, get involved in local programs to help out in the event of an emergency. I’m just getting involved in a program called CERT that is associated with FEMA in concert with local governments.

Community members get training to supplement first responders in the event of an emergency. In my area, the Big One is a subduction zone earthquake, where we would likely be involved in the city’s response. There is also some involvement in more pedestrian emergencies like weather events.