@FareshtoComradeship // Freechat@lemmygrad.ml•It feels terrifying to know how easy it is to kill a human.
link
fedilink
10•12 días

Note that there are quite a few inaccuracies in The Anarchist Cookbook.

Regarding the fragility of human life, I don’t know anything.

Helium is by no means a scarce element, it’s after Hidrogen the second most abundant in the universe, 24% of the total element mass. It is not as abundant on Earth and has to be obtained from natural gas

Scarce for us terrestrians that don’t live in a futuristic sci-fi world where we go around harvesting resources from planets.

which is why it is used in current weather balloons

Actually I think people use both hydrogen balloons and helium balloons for that.

The problem with helium is that it’s already very scarce, despite having very important uses across many fields and once it’s gone it’s gone (unless maybe if somewhere in the future we begin using nuclear fusion, I guess)

Couldn’t we somehow engineer a more modern airship that uses the much more available hydrogen instead, but with proper measures against the outbreak of fires?

What gas do they use for the lift?

I’m confused. What is the context of this? Why did Pelosi go to Taiwan and why were planes dispatched?

link
fedilink
@FareshtoBritish Comrades@lemmygrad.ml•Disaster capitalism really needs to be considered a trait of a sociopath and studied.
link
fedilink
6•17 días

Reminds me of this excerpt from a comic by ExistentialComics. 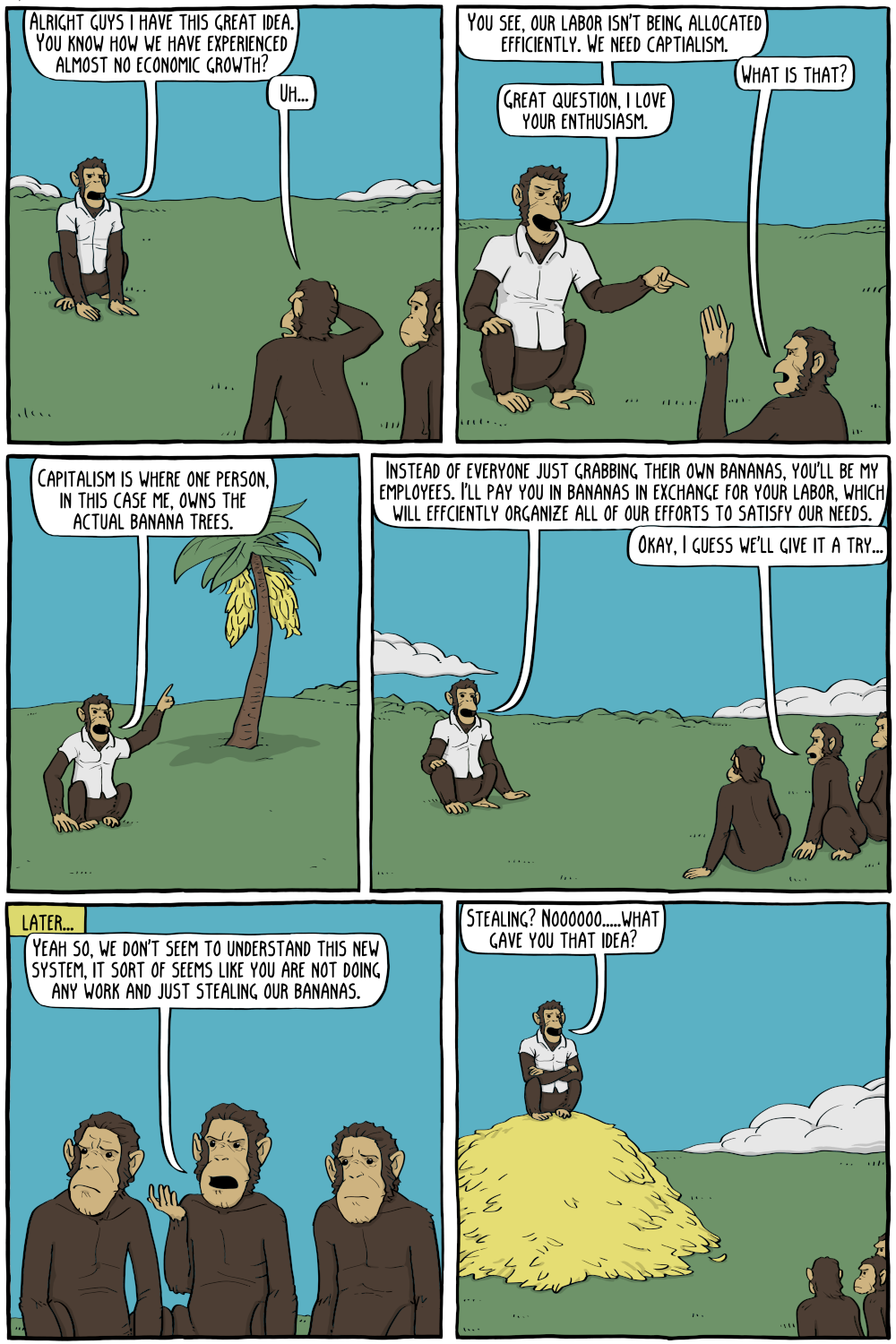 Aren’t ACs kinda expensive, to the point that only big buildings have those?

For a moment I thought it was supposed to be a map of the average difficulty people play geometry dash at.

Yeah, I think using a gun in self-defense won’t do much, but increase the likelihood of the situation escalating.

Just give them your money, if you are being assaulted. The money isn’t worth your life.

Does that phenomenon have a name? I noticed it with me and I thought it was due to one (or a combination) of these things:

Can’t one slide the string off of the product? Does the device pull the string and track any changes in its length?

Was it already approved since the writing of that document?

Doesn’t at all look like that. This is what I see:

I’ve seen this Braille art a couple of times on lemmy now, but I still cannot see what it is supposed to portray. It resembles a bit like a head, a tree house or two people running, but none of the descriptions fit well.

link
fedilink
@FareshtoComradeship // Freechat@lemmygrad.ml•How do you feel about caffeine? Do you drink coffee?
link
fedilink
3•2 meses

Never drank coffee, but I do drink black tea from time to time. Weirdly the tea actually makes me kinda sleepy (only on certain occasions do I drink it, therefore I don’t think it’s caffeine tolerance acquired by consumption), so I only drink it for the joy rather than any practical purpose. I drink other kinds of tea more often.

link
fedilink
@Fareshtoasklemmy•What do you think is the most loved fruit in the world?
link
fedilink
2•
edit-2
2 meses

Yeah, it was kind of a bad joke and just sounds weird. My reasoning behind the answer was the following:

link
fedilink
@FareshtoGaming•Minecraft will ban you for profanity, alcohol etc in chat, coming with the next update
link
fedilink
7•2 meses

I don’t know about the other stuff, but at least the nether can be added through one of the many mods. Minecraft players may also be interested in the Minetest game Mineclone (or Mineclone 2) which attempts to replicate Minecraft as much as possible.

Oh My Git! - an open source game about learning Git!

Oh My Git! - an open source game about learning Git!

Collaborative editing on Emacs across editors/IDEs?

Is there any way to use Emacs for collaborative editing, while there is at least one person who doesn't use emacs, but rather some popular IDE? It should also be possible to edit multiple files at the same time. Other solutions seem to expect all people to be using Emacs.
3
message-square

Collaborative editing on Emacs across editors/IDEs?

Today I met a geologist. He was a gneiss guy.

Today I met a geologist. He was a gneiss guy.

How good of an idea would it be to damage cars on the dealer's and manufacturer's side?

Some months ago there was this post on this community: [https://lemmy.ml/post/189513](https://lemmy.ml/post/189513). The idea suffers from the fact that it pretty much only harms normal people who just bought SUVs because they live in a car dependent society, where if you want to feel empowered you need to buy the biggest most inefficient cars available, people who now are led to hate the anti-car movement. I wonder if instead of slashing tires of random SUV drivers in the streets, one could significantly damage the cars before they are sold, harming the automotive industry and (possibly) lowering supply. But would it actually be a good idea? - Wouldn't it just be a waste of materials? Now, nature not only suffers from the production of a car, but also of the fixing of a car. - Would it actually have any impact, besides maybe calling attention to the problem? So many cars are produced in a day. Would a few damaged ones have any major impact? - Is it even feasible? Can people just go into wherever a lot of cars are stored before they are distributed or sold, and significantly damage some without getting caught?
-2
message-square

How good of an idea would it be to damage cars on the dealer's and manufacturer's side?

What meals do you know which aren't too time consuming to prepare (or if they are last for a very long time), are cheap and whose ingredients are easy to acquire?

Bonus if it isn't just mainly carbon-hydrates and if the ingredients don't need to be used immediately (unless the meal itself when done can last for many days). I'm getting tired of tuna masala spaghetti.
4
message-square

What meals do you know which aren't too time consuming to prepare (or if they are last for a very long time), are cheap and whose ingredients are easy to acquire?

How do I only sign a mail with mailvelop on Posteo?

How do I only sign a mail with mailvelop on Posteo?

The reddest of pills

The reddest of pills

Today I got my first flat earth. How do I fix it?

Today I got my first flat earth. How do I fix it?

Advocacy on subreddits that are involved in the DOSing of the Lemmygrad instance of Lemmy?

Is it counterproductive to explain misconceptions about Lemmy and advocate for its use on anti-communist subreddits that have suddenly given Lemmy a lot of attention (some by DOSing) due to the quarantining of the GenZedong subreddit and subsequent migration of its users from there to Lemmygrad? I thought it could be a great way to increase Lemmy adoption now that it is getting so much attention from them. However, some people on there actively are trying to harm the Lemmygrad instance, and I worry commenting on there would bring more of that unwanted attention to that instance. Should I or should I not get involved? I'm talking about these people: * [https://old.reddit.com/r/EnoughCommieSpam/comments/tmi1o4/we_found_out_where_genzedong_went_feel_free_to/](https://old.reddit.com/r/EnoughCommieSpam/comments/tmi1o4/we_found_out_where_genzedong_went_feel_free_to/) * [https://old.reddit.com/r/GenUsa/comments/tm0ils/guess_who_else_is_on_lemmygrad/](https://old.reddit.com/r/GenUsa/comments/tm0ils/guess_who_else_is_on_lemmygrad)
24
message-square

Advocacy on subreddits that are involved in the DOSing of the Lemmygrad instance of Lemmy?