instead use lynx links links2 etc

If you have reasonably broadband controllable RGBW LEDs it basically becomes a software problem. Ofc the more broadband options you have the better it would be, in terms of simulating natural light cycles.

Been planning on testing it for a while, haven’t got around to it yet. I’d be stunned if it didn’t have a pretty positive effect overall.

edit: ok seems they do, from there i guess it depends how deep you want to go into it, re. reproducing actual wavelengths vs tricking the eye (and therefore hopefully the brain/body)

not to nitpick, ‘core’ parts of that cpu were licensed. not saying they didn’t do a good job with it, they certainly did.

either way, agree they could develop their own OS. but i doubt they will at this stage.

how the conversation should go “so you fuckers were making millions off these projects you refused to support?”

brought to you by cadbury and the color purple

Agree with others in here: it depends what you do with it.

What is clear imo is we cannot trust anyone other than ourselves and our warm collective communities (online or otherwise), to shape the role technology plays in our lives.

We have access to amazing technology yet the majority waste this magnificent gift on what is basically toxic waste.

That’s why places like lemmy give me hope, because more people here seem to “get it”.

But it’s true we all need to be wary of the lure of tech as toys rather than tools.

do you actually need to form a new block to computationally verify a transaction?

i thought reaching consensus is the most expensive/wasteful part, rather than the actual computational operations required to verify any given transaction?

yes that transaction will contribute a minute fraction of a percentage to the carbon cost of the next (and arguably subsequent) block(s). but in that sense, and considering the increased per-block carbon footprint of mining each new block, is it really the case that eg. a “worthy” transaction which makes use of previously spent carbon isn’t at least making something of worth happen as a result of that carbon which has already been spent?

or is it really the case that the substantial carbon cost which has already been poured into eg. btc can never do ANY good at all? if so what would be an advised recovery plan to make sure the previously spent carbon doesn’t go to waste? basically develop a truly green currency and transfer the ‘worth’ of BTC to it at 1:1? or any other ways to do it? i’m just thinking out loud here…

ahh i get you, thats fair. the consensus is expensive

not quite sure what you mean? the carbon footprint of a transaction is negligible in comparison to mining no?

i agree, this smacks of desperation

edit: nvm i was ignoring the cost of future consensus

This is absolutely magnificent

link
@ganymedetoLinux•Why I do not use GNU/Linux anymore (at the moment)...
link
1•
edit-2
18d

i think you’re mad, but at least you’ve laid your rationale out openly which i have to respect.

but one comment: i realllllly doubt windows data collection is anonymized in any meaningful way 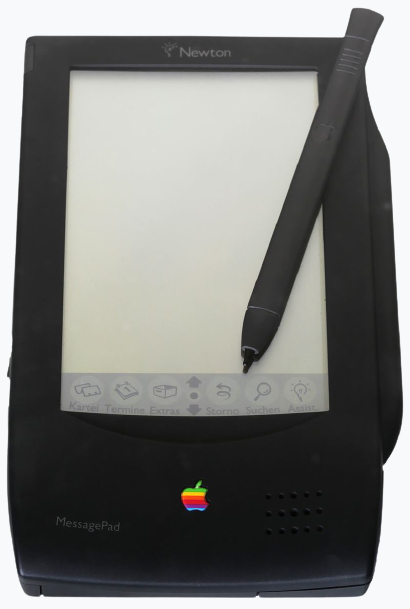 [not that i’m defending what apple has become these days]

link
@ganymedetoasklemmy•how did you lose weight as an adult?
link
6•1M

fascinating idea, i’ve always felt POSIX had the right core for this. but always wondered if a bsd or other kernel would be a bit more appropriate (don’t get me wrong, i’ve enormous love for linux)

wonder why they went for linux with this

link
@ganymedetoScience•Does Superdeterminism save Quantum Mechanics? Or does it kill free will and destroy science? [Sabine Hossenfelder]
link
1•
edit-2
1M

very refreshing view, and love it when people go to the source of the discrepancy

are you sure you’re not a scientist, cos that sounded pretty rigorous to me

Should downvotes require a summary textfield?

across a variety of modern up/down vote based platforms, some make it a personal mission to avoid downvoting (the only real exceptions when someone is being utterly objectionable, ie. ridiculously racist/sexist etc or blatant spamming (1) …

Should downvotes require a summary textfield?

Some nice research from Ben-Gurion University of the Negev. …