@SloppilyFlosstoasklemmy•What annoys you the most about Reddit?
link
5•13d

How Cryptocurrency Is A Giant FRAUD

Shoutout to @geotechland@lemmy.ml. Your videos are great, keep it up!..

How Cryptocurrency Is A Giant FRAUD

Sorry, I got a bit carried away. I hope you find my responses to be adequate. Feel free to ask any questions here or on any of the Lemmygrad communities.

Sure! Here are a couple of books that discuss some of the history of liberalism and its wrongdoings:

Ones I haven’t read:

On the topic of Huey Newton, I think reading about his life and the life of all other black revolutionaries is incredibly important to understand liberalism’s wrongdoings. They all had to live through those wrongdoings and were able to understand them well.

Huey Newton on his journey learning philosophy in college and how he incorporated it into his revolutionary programs:

I was also impressed with A. J. Ayer’s logical positivism, particularly his distinction between three kinds of statements—the analytical statement, the synthetic statement, and statements of assumption. These ideas have helped me to develop my own thinking and ideology. Ayer once stated, “Nothing can be real if it cannot be conceptualized, articulated, and shared.” That notion stuck with me and became very important when I began to use the ideological method of dialectical materialism as a world view. The ideology of the Black Panthers stands on that premise and proceeds on that basis, to conceptualize, articulate, and share. Some key aspects of Black Panther ideology and rhetoric, like “All Power to the People” and the concept “pig,” developed out of that. They were not haphazardly introduced into our thinking or vocabulary.

When you say “extremist” belief, while you may assume a view is extremist based on how far down some imaginary political number line it is, that’s not the case. What you truly mean is someone whose ideas are outside of the acceptable list of ideas put in place by liberal hegemony.

From my perspective, however, a liberal is just as much of an extremist as I am. Liberalism has left in its wake untold destruction, death, and genocide and done a very good job of obscuring or whitewashing that history to declare itself the superior moral ideology. To support that is extreme, in my opinion, but to go around declaring liberals extremists outside of communist spaces would only get me funny looks.

I do self-doubt and self-criticize what I believe in, by the way. You would assume I don’t because why would “extremists” do such a thing? Well, think about how much self-criticism and self-doubt pave the way when learning about communism in a world dominated by liberalism. You learn the Cold War narrative of communism all of your life and it’s not something you can easily escape, so I always have self-doubt in my mind about what I believe in, but that’s why I have to keep an open mind and be both critical and self-critical when I learn. It’s self-criticism, though, not present-your-criticism, so it’s a private process, but that doesn’t mean you should assume it doesn’t happen.

Anyways, I didn’t address any of your specific points. I really just wanted to paint you a picture of why some people may be the way you’re describing and how the term “extremist” in this context is loaded with a lot of assumptions about people and politics. People like to immediately jump to psychologically profiling “extremists” and I think that’s rather annoying.

Nope, please rid yourself of that metaphysical way of thinking and realize that things aren’t mutually exclusive and contradictions exist in everything.

There have been a couple of study guides linked around Lemmy and Lemmygrad, like this one. There’s also Dessalines’ Marxism Study Plan.

Some personal recommendations of mine would be:

link
@SloppilyFlosstoA community for people who love to cook!•What does avocado actually taste like?
link
3•1M

Avocado by itself is actually a bit bland, in my opinion. You need to put salt on it to really pull out the deliciousness! You can never go bad with putting lime on avocado, either, and don’t don’t even get me started on nutritional yeast mmm.

Kudos to Gen Milley for actually thinking about the consequences of war and choosing to avoid it.

I’ve been advised to use this ref file instead

How do you switch to the nightly build on Flatpak? 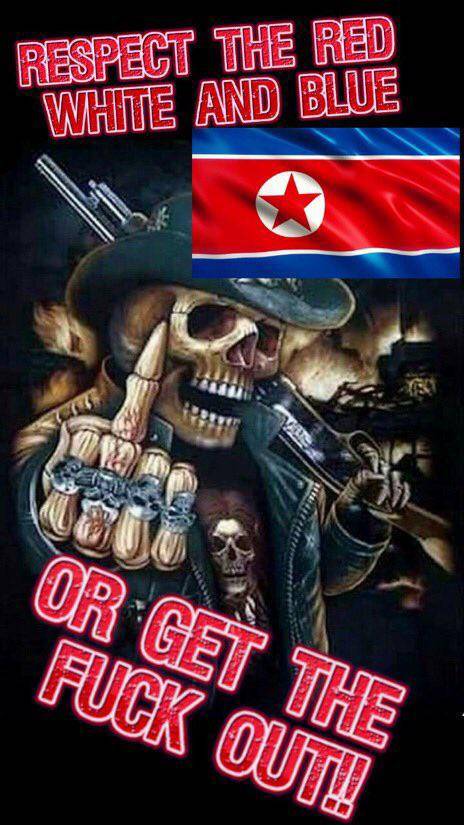 Having more users isn’t going to help if the core developers are anti-diversity.

Funny comment I saw on that thread. What does this person think diversity means??

Honestly, I’m tired of discussions of Lemmy from outside the Lemmy community. It’s always the same stuff: “blah blah slur filter so use Lenny, blah blah against free speech, blah blah full of leftists and not centrists like me, blah blah admins are anti-diversity.” For as much as HN complains about Reddit sometimes, these HN comments essentially mirror Reddit comments about Lemmy.

All these topics have been done to death at this point, but it’s even worse when it’s clear that some of these people aren’t even a part of the community and yet there they are criticizing it in the same way everyone else has already.

It would just be nice to see discussions and criticisms of Lemmy from other angles. Something like talking about its place in the current iteration of the Web, or about its UX, or even its community, but from an non-reactionary angle. To me, Lemmy is an experiment, a social one that’s currently seeing how communities form and change through federation, moderation, and community feedback. It’s not perfect, but dismissing it as a project and experiment just because of something as simple as a slur filter is reductive and ridiculous, to be quite honest.

Ultimately, though, I’m not obligated to read what these people write, and they’re not obligated to write how I want, so my complaints are useless, unproductive, and mostly me being defensive because of criticism thrown toward a community that I’m a part of. Still, though, it would just be nice to have something more refreshing.

Danielle Fore, CEO and Co-founder of Elementary OS, comes out as transgender

Danielle Fore, CEO and Co-founder of Elementary OS, comes out as transgender

That’s only if you’re participating in large rooms, right? Or will the database storage consumption be too high no matter the room you join?

How many times does Mill’s concept of liberty and free speech need to be historically refuted before people realize it’s just a bad idea?? The United States is a case study on why that idea is awful, and Reddit’s /r/NoNewNormal is really another. So many dangerous and incorrect anti-vax opinions were present on that subreddit.

@SloppilyFlosstoLinux•[Teddit Link] An /r/Linux mod is encouraging Reddit users to migrate to open-source software, including Lemmy, over Reddit due to the massive misinformation problem.
link
11•
edit-2
2M

So far, the mod is really encouraging people who are AGAINST all the misinformation being spread around Reddit to migrate. I don’t know if the people who spread misinformation really want to migrate to another site if A) Reddit is already platforming them nicely and B) they see that the people who are moving to these other sites are people against them. Plus, Lemmy has a reputation for not being friendly to bigots and reactionaries. Just look at previous threads about Lemmy on /r/linux. I guarantee you there will be people complaining about the slur filter and Lemmy’s heavy-handed moderation. The mod mentioned other alternatives, too, some of which may catch the attention of the more “free speech” oriented people.

You do have a point, though. Ultimately, I trust the current admins and mods of the Lemmyverse to keep it a healthy community. They’ve done a great job so far.

[Teddit Link] An /r/Linux mod is encouraging Reddit users to migrate to open-source software, including Lemmy, over Reddit due to the massive misinformation problem.

[Teddit Link] An /r/Linux mod is encouraging Reddit users to migrate to open-source software, including Lemmy, over Reddit due to the massive misinformation problem.

What can one do to be a good citizen of the Web?

Users of the Web often have issues with how they are treated by developers and how the Web has evolved to be hostile against users and more geared toward creating consumers. Naturally, users have many criticisms and say that the Web should be this instead or developed like this instead to create…

What can one do to be a good citizen of the Web?

@SloppilyFlosstoGaming•What would be on a Voyager golden record for gaming?
link
3•2M