Chechen wars were wahhabit international near and within Russian borders supported by certain countries, accompanied by terrorist attacks. One of the worst being Beslan school siege.

Differences this time, besides the larger economic war, are just the scale, nazis instead of wahhabits and open support of Ukraine.

I’m not saying this mass murder definitely is related to Ukraine, but I wouldn’t be surprised. Ukrainian nazis from UNA-UNSO fought in Chechnya, btw.

'merika has nukes too. How would it be better if only one government had them? Especially the US government. You know, the only one that dropped them on civilians for terror tactics.

How is Chinese government more unhinged? Did it kill shitloads of civilians all over the world for money?

Their government lifted 2.4 USA populations of it’s people out of poverty. People don’t want to stop it, plain and simple.

The operating word is “trying”. With FBI and CIA infiltrated libs and trotskyists. I’m sure they will turn things arouPHAHAHAHAHA

Also, logistical problems stemming from the fact mobilization of this scale wasn’t done since…what, 1945(?) totally prove how aggressive and war-like Russia is. /s

I dunno, people have some mighty weird views on how military is supposed to work. For me, the fact SMO’s been going the way it’s been going with numerical inferiority this severe and refusal to destroy infrastructure is a fucking miracle already. No amount of wunderwaffe is gonna help you be everywhere at once, especially when the enemy gets reconnaissance from NATO satellites 24/7.

To add about 3. - my current update on the state of mobilization is that there are problems, but not with motivation. On the contrary, mobilized soldiers shouting upwards resulted in some swift administrative unfucking of previously fucked shit, like people recieving rusty, fucked up AKs in one of the units - turned out some dipshit let water into one of the crates in storage(why would you give them to soldiers, you single-minded beurocrat…), AKs were replaced with well-kept ones (“in oil”-new the saying goes) within a day or two. Anyway, deputy Minister of Defence responsible for logistics got pwned to some other position(how about fucking prison?) and replaced with the general who was in charge of taking Mariupol. Can’t attest personally, of course, but word down military grape vine is that the guy is stern as they come and the word of his appointment alone made quartermasters shit bricks. Good, if true.

Oh, ok. Just wasn’t clear on that. Also, wouldn’t be surprised if I did somewhere.

Oh, nice. I’ll save this for domestic libshits that still can’t see how westoids are brainwashed to accept destruction of Russia.

but calling the people…any names

Fucking Christ, this shit is straight out of Maidan 2014 - they burned unarmed policemen then too. Totally no agitators in the crowd to turn protests violent… Good thing Lukashenko put the lid on Belarus “Maidan” in time.

Of the people, or of Navalny-affiliated libshits that called for burning voenkomats right after Putin’s speech? Those idiots burned some shit earlier during SMO too, did “#нетвойне” protests persist?

This one is a lie from lib telegram channels that were calling to start rioting and burning enlistment offices as soon as Putin’s speech aired.

Didn’t hear shit about bankers and journalists, but “IT proffessionals” might be the ones working for military contractors - they stay at work even during full mobilization for obvious reasons.

“Mobilized from protests” stories might technically be right, but as far as I’ve seen those were packed with young lib dumbasses that weren’t gonna get mobilized anyway. Stuff about people who never served getting mobilized is a lib lie. Can you people just look at the numbers before going into hysteria mode? 300k is less then the number of contract soldiers was in February. Just contract ones, nevermind career military. Why the fuck would someone mobilize people who never held a gun with ~2m of the ones that served?

Lastly, some ethnic minorities disproportionately volunteer, that’s for sure. You should see one of the Chechen enlistment offices. Oh wait, I can show you.

A minute of culture - mandatory military service the way it works now goes back to USSR with little change. Everyone who served knows they might be called back an there is very little whining about it. As a matter of fact, I’ve seen angry reports of people who served, have combat experience and volunteer but get turned around due to beurocratic mishaps. As a capitalist state, Russia extra special can’t afford to take only volunteers between it’s size, it’s enemies and almost no defence against western lib propaganda among the youth.

Lastly, I don’t know what changed for a lot of people here with mobilization, but my marxist-sense still points to “drive NATO influence out of Ukraine with weapons” and “NATO is an existential threat to Russia (and the rest of the world, but Russia is near the top of the list right now)”.

With this I and happy people from Donbass referendums that expect protection leave you to decide whether Russians should resist the draft. /dripping with hostile sarcasm

Uh…and what is the reaction to the current ““partial”” mobilization? Some libs who weren’t gonna get mobilized leaving Moscow and St.Petersburg and full enlistment offices in other regions with noone whining?

“Undemocratic referendums” or some shit. Also panic - no more microelectronics from Taiwan for Joe, unless he plays nice.

link
fedilink
@EuthanatosMurderhobo@lemmygrad.mltoGenZedong@lemmygrad.ml•Just went to a conference where Chelsea Manning said "Russia will not be able to hold the Donbas" then played 100 gecs. I hate the Nato empire 😭
link
fedilink
3•5d

I don’t wanna fuck with instagram, but let me guess, it’s a “Chandelier” illumination shell again? 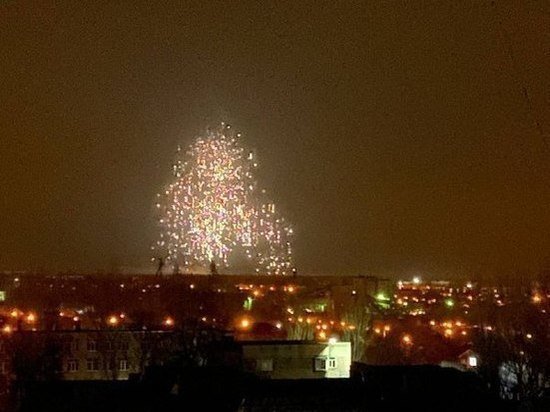 Wow. That answer is all the better for how fucking dumb the question was.

Oh right, I always forget about this beehaw weirdness. Thanks. Having a bit of an info-overload right now.

Edit: Also, I wouldn’t call these discussions pointless. Sure, they don’t change anyone’s opinions, but they contribute to background info-noise that has an effect on people. As someone on the recieving end of NATO info war, I can tell you - silence of one side just lets another propagandize and sow fear left and right.

So, Putin recorded a speech. Kinda the same energy as the pre-SMO one, so probably serious. Boils down to him stating: that the front is too long for the current Ukrainian contingent, that NATO's hand is so far up Ukraine's ass and that they're openly talking about destroying Russia so much that it's one step short of war with NATO (you know, for those who haven't been paying attention), shaking nuclear stick at NATO as a response to their nuclear terrorism at Zaporozhskaya nuclear power plant and as a part of his statement that Russia will use every tool (he emphasized) at it's disposal to defend it's sovereignty and territorial cohesion, and him declaring partial mobilization. Not part of the speach, but for context - Donbass republics are having referendums to join RF Sep 23-27. Liberated parts of Kherson and Zaporozhskaya oblasts are talking about those too of late, but no dates as of yet. What "partial" means is - mobilization of reservists. No conscript hordes with one rifle for five soldiers (since we all know Russian military lost all of it's hardware in Ukraine /s). MoD states the goal of about 300000, which is not even a 4th of the reserve, but, all things considered, sounds about right, unless shit in Central Asia really hits the fan. Soldiers mobilised this way get all the payment and priviliges of a contract soldier, and it's worth mentioning that yesterday Duma passed a big ol' batch of war time and military laws with stuff like plugging the legal hole that allowed contract soldiers to basically get all the nice stuff in peace time and as soon as they're sent to actually fight somewhere say "nope" and leave the military (facepalm). Also military contractors were mentioned. They're expected to step up their game, but I don't know how realistic that is short-term. Russian industry has a bad problem with producing machine tools (thanks, 90s), so it's not like a shitload of new factories can be built real quick. Maybe there is something going on with China (pressing X for doubt) or...I dunno, Iran. I guess this stuff would be real hush-hush. Also worth mentioning is the fact that strikes at Ukrainian infrastructure have, seemingly, become regular since that thermal power station. Artillery-terrorism in Donetsk, on the other hand, got worse. Come referendums, it's probably gonna get as bad as Ukraine can possibly make it. You know, because that'll make people of Donetsk reconsider... Links (there is a transcript under the video, should be Chrome-translateable, right?): http://www.kremlin.ru/events/president/news/69390 http://www.kremlin.ru/acts/news/69391 https://ria.ru/20220920/dezertirstvo-1818119075.html P.S. I don't know if it's intentional grim trolling, but September 21st is International Peace Day and Putin's speach was due yesterday, but got postponed until today.
fedilink
30
message-square