Why Git has changed the world and will change it further

Why Git has changed the world and will change it further 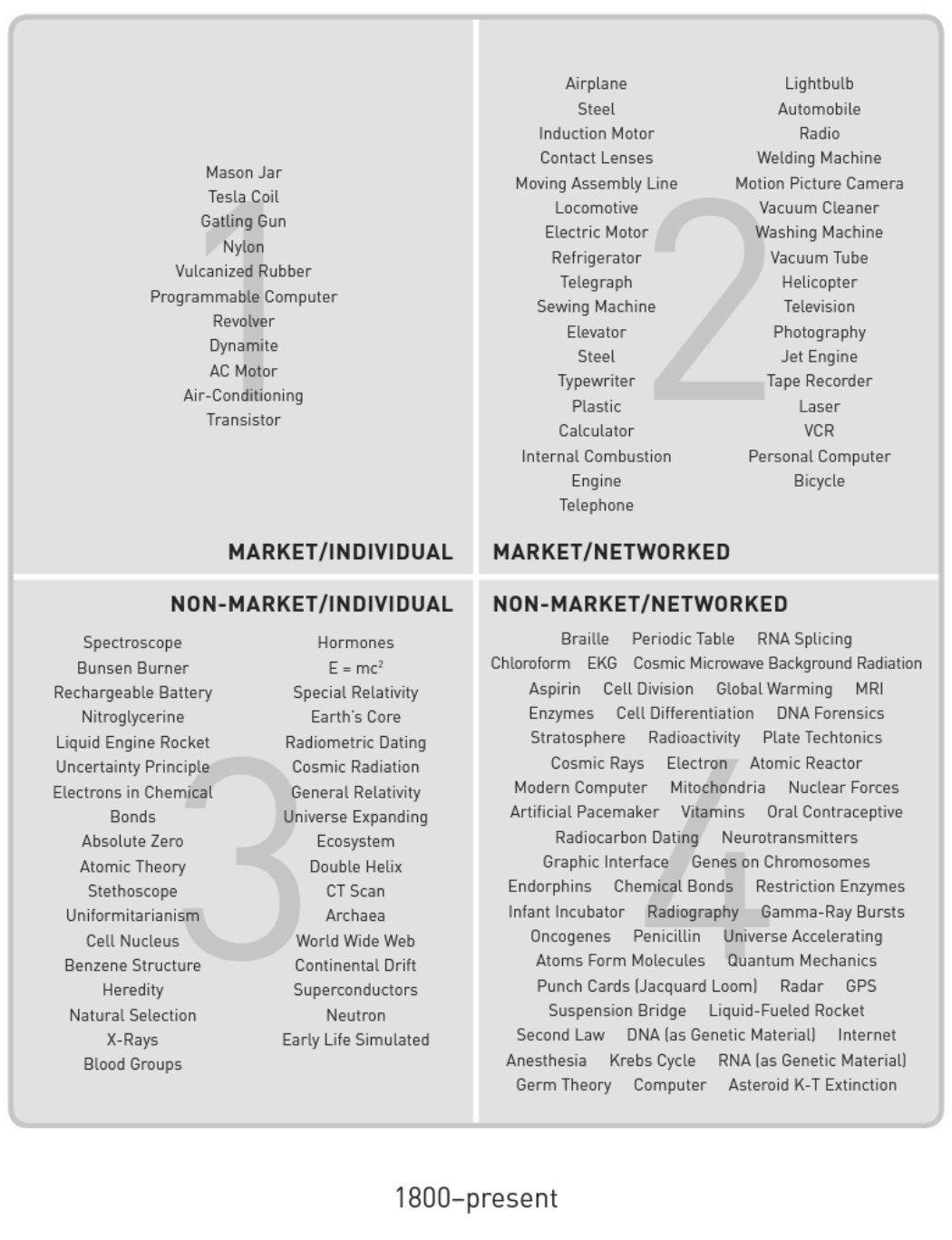 This photo is from Where Good Ideas Come From: A Natural History of Innovation. In it, there’s a chapter dedicated to studying ‘fluid networks’. Fluid networks are characterized by (1) high density and (2) malleability. These are the characteristics that make coral reefs, cities, universities, and the internet innovation machines.

Not only do innovations happen incredibly quickly in those fluid networks, but they are evidently much better at innovating than lonesome geniuses or groups who are innovating for profit, which is what the image I mentioned earlier points out.

These characteristics of the fluid networks are also present, I argue, in Git. Perhaps not in all of Git, but in projects dense enough, with enough users. Get enough users in a project, and to the extent that the code maintainers can make the repository malleable, you will get innovation at incredible speed.

Because of this, we can say that Git is indeed a version control system for projects without much activity, but with projects with many users and enough capacity to merge commits, Git is also an innovation machine. This is why Git has not only changed the world, but will continue doing it.

It’s git along with free or open-source software licensing that has let this happen. Without open access, git can still be used internally as most companies do but it wouldn’t meet the constraints fluid networks (from what I understand).

Good point. I only touched upon the commercial and non-commercial differences in Where Good Ideas Come From. But I didn’t land the point in the context of software. In that context, you’re right that density can be achieved with enough users. Getting enough users can be done through opening up your software!

The flip-side is that businesses, given that any innovation that could be profitable must be patented and made commercially viable, would place constraints on the malleability of the network. In effect, “it wouldn’t meet the requirements of fluid networks”, as you said.

A place to everything git!