CHEF-KOCHtoAntiMozilla•Mozilla VPN is nothing but a rebranded Mullvad VPN with an Mozilla Logo on top of it.
link
-1•
edit-2
5h

There are other drawbacks mentioned which you swipe under the carpet.

I also do not said they rebrand Mullvad I said that it is Firefox VPN just rebranded as Mullvad VPN under the hood.

It is a useless VPN no one need, that is the bottom line here. Years too late to cash-gab people.

The title does not mention anything near - Mitigation.

Your mentioned workaround is Ubuntu or more precise Kernel specific because most newer kernel already do this which can according to my link even cause issues.

To be able to exploit this vulnerability, the attacker needs to be able to run code in the container and the container must have CAP_SYS_ADMIN privileges. Linux kernel and all major distro maintainers have released patches.

This is not desktop user specific issue, more for those who work with container, and then even have CAP_SYS_ADMIN privileges. A normal desktop does not run containers nor has such privileges that someone can exploit actively. Server or for those who work in such environment usually use mentioned products.

The vulnerability was introduced in kernel 5.1 and patched in 5.16.2. You can mitigate completely the problem by patching to the latest version. Note, all major distributions released patches.

The guide is designed for those who for example use an older 4.x LTS kernel, run such processes, under specific circumstances and are vulnerable. So it is a fix.

People speculate that desktops are meant here, when real target always was servers and people who work with lots of file-system related stuff but that is mostly also server only target. Some exceptions aside.

link
CHEF-KOCHtoAntiMozilla•Mozilla VPN is nothing but a rebranded Mullvad VPN with an Mozilla Logo on top of it.
link
0•
edit-2
6h

I am not interested what people want, I am interested what actual happened and what Mozilla plan to do next to get the whole picture. Difference between a fanboy and someone who is objective.

It is not a good thing what Mozilla did because even if Mozilla makes money, the CEO fires their employees. So it does not change anything except influencing negatively sections like security. They made over 500 million dollars according to last quarter results, you think they use the money to hire more people, then why fire them in the fist place. You think just because you make some money on your own results in kissing million dollar deals goodbye. You are dreaming, if you cut the deals no one will continue doing something with you or give you another change, besides there are contracts which bound you often for years to it. You simply assume that because Mozilla makes money will prevent them from not making other deals with Google, Yahoo or another bigger fish, this is baseless claim and history usually shows the opposite, greed. Bottom line is Google needs the competition otherwise they get sued for mass market monopoly by the EU and other countries. Also Mozilla makes no new products they imitate Google.

Mozilla had over 20 years now to get independent and it ended in loosing more people, more developers even people who did much work on the idea behind, an idea the leadership seems not really interested in.

Mozillas effort are too late, to slow and their leadership makes the wrong calls, the entire time. This is not even news, the community gave Mozilla tons of tons good tips for eMail service, Calendar, Search engine and Mozilla comes with crap like Pocket no one uses.

Mozilla communicated at no time, not in the beta announce, or homepage that this is basically copy and paste Mullvad cooperationship. People believed this is Mozillas own creation, servers, app, idea or whatever. This was not the case, Mullvad did played here with open cards. The community clearly expected independence, yet nothing. You contradict your own argument, you say on one side money makes them more independent, on other side this story shows, making millions of dollars does not mean they release own products, instead they collaboration with others. Why should someone in his right mind support that when there are no benefits over the original or it is even more expensive. This makes no sense.

Thunderbird for example showed that after they went independent made much more progress without Mozilla. We got better encryption implemented, nice gui changes and so much more. Stuff that community complaint about since years, yet Moz did not listed and shit on their own community. After 2017 the app improved so much that its finally usable and stable with more security benefits. Technical independent from Mozilla with the help of new collaboration with others. Just because Mozilla gets money, means nothing for existent or new products, is the underlying point.

If mozilla is just rebranded mullvad, why does this matter?

Because the apps and servers are not the same, or how you prove it without any independent audit. Moz made changes, besides logo and name changes in the code. You cannot have it both ways, you cannot take over something or partner with someone and then believe and expect security experts have no interest to reveal if what they possible change has no impact. Trust but verify, it is that easy. Mozilla like rest does not get any extra bonuses here. People expect professionalism especially if you pay for a service that others offer for free like ProtonVPN free subscription which is for a bit basic surfing enough and masquerading more than enough.

Why I Broke Up with Firefox

Why I Broke Up with Firefox

Flameshot – A better screenshot for Linux, macOS and Windows

Flameshot – A better screenshot for Linux, macOS and Windows

Link Archive - This search engine is dumb. Only exact matches are returned. No synonyms, no content filters, no NLP, no stem words.

Link Archive - This search engine is dumb. Only exact matches are returned. No synonyms, no content filters, no NLP, no stem words.

Authors choice of title - Protect from CVE-2022-0185 - I say it is a permanent fix, so my title is more accurate. The CVE itself is part of Linux Kernel to some kernels and therefore the title is correct.

link
CHEF-KOCHtoAntiMozilla•Mozilla VPN is nothing but a rebranded Mullvad VPN with an Mozilla Logo on top of it.
link
-3•9h

Roasted Moz enough today, will keep more in my back pocket for when next weekend.

Mozilla VPN is nothing but a rebranded Mullvad VPN with an Mozilla Logo on top of it.

Reasons why Mozilla VPN sucks - in a nutshell.

Mozilla VPN is nothing but a rebranded Mullvad VPN with an Mozilla Logo on top of it.

Faces of Open Source - An on-going photographic documentation of the people behind the development and advancement of the open source revolution.

Faces of Open Source - An on-going photographic documentation of the people behind the development and advancement of the open source revolution.

Linus Tech Tips calls ad-blocker users out, says it is same as piracy, then he sells ad-blocking products 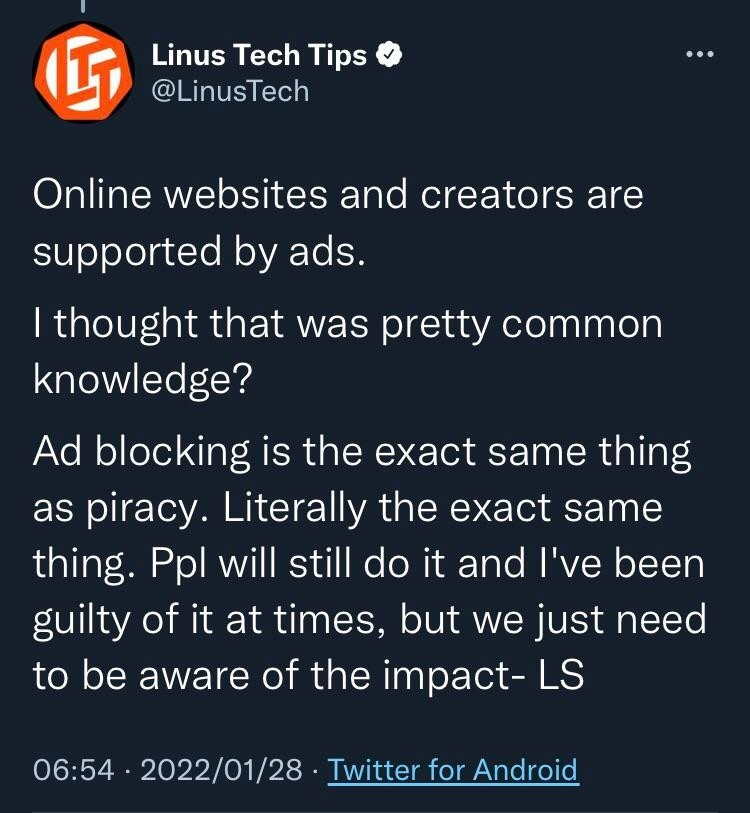 Linus Tech Tips calls ad-blocker users out, says it is same as piracy, then he sells ad-blocking products

Container runtimes on macOS and Linux with minimal setup

Container runtimes on macOS and Linux with minimal setup 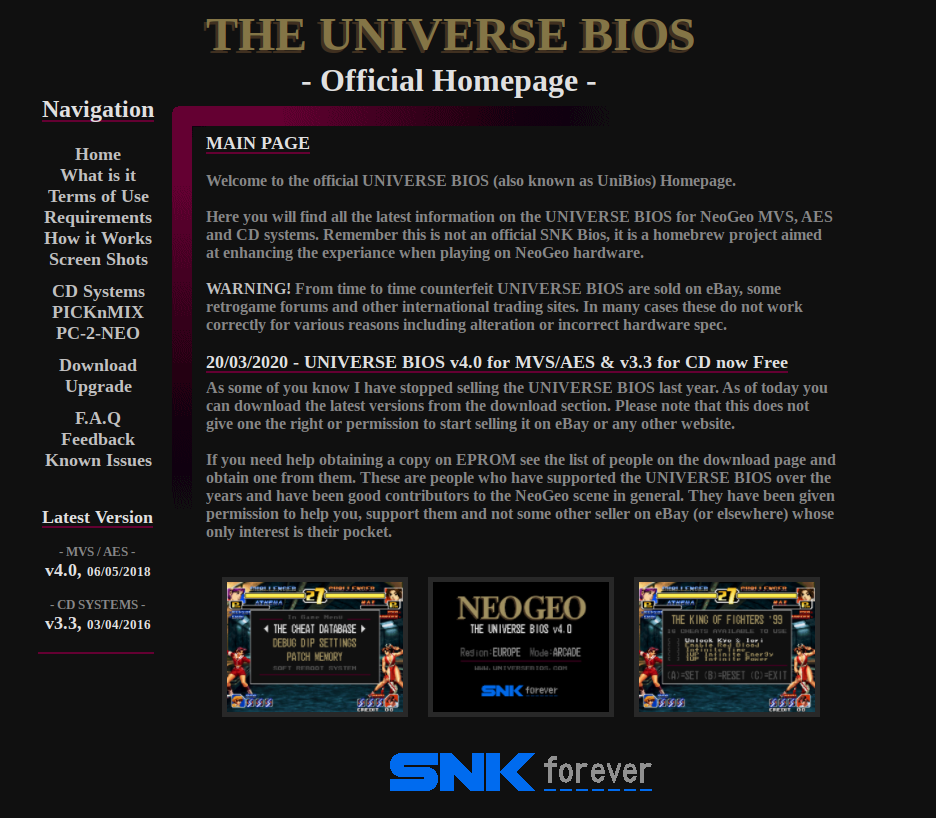 Maybe learn to get some own new ideas friend and not re-spell some BS you find on the internet.

I do not approve Wire, btw.

See the problem friend. No one gives a 💩 what they say afterwards. Trust is gone. Telemetry cannot be easily be disabled, even if you go trough about config there are some flags that are not be able to easily switch on and off. Mozilla does that for a reason. Maybe actually check your Browser. Mozilla made it much harder for everyone to simply opt-out of everything.

I would just rephrase - everything Mozilla does is wrong - to - Mozilla made poor judgment calls in the past, which was the reason I created this community.

Same like in every other browser, google, duckduckgo, bing etc.

The decision to make them the default and then pre-configure them is based on statistics, they estimated what people use. And this is google, bing etc. This is why every bigger Browser uses them. There are also variables like cooperation, sponsoring etc.

Yeah as shown marked in the screenshot Chrome will get buttons or other options to delete and restore search providers.

This change was made because people deleted search providers and there was no easy or official solution to bring everything back except creating a new profile or mess with some config files.

How is spreading information, legitimate one unfair, we all need to deal with criticism. People criticizing Chrome, Brave, Vivaldi, Firefox is not an exception. Especially if it is wrongfully advertised in basically every sub as - privacy friendly and respecting.

By default, what most people use, Mozilla Firefox purely sucks, you can cry all day long about this, will not change a thing.

Have a good one.

They comply with DMCA requests so I guess it is okay to list the clear URL. … 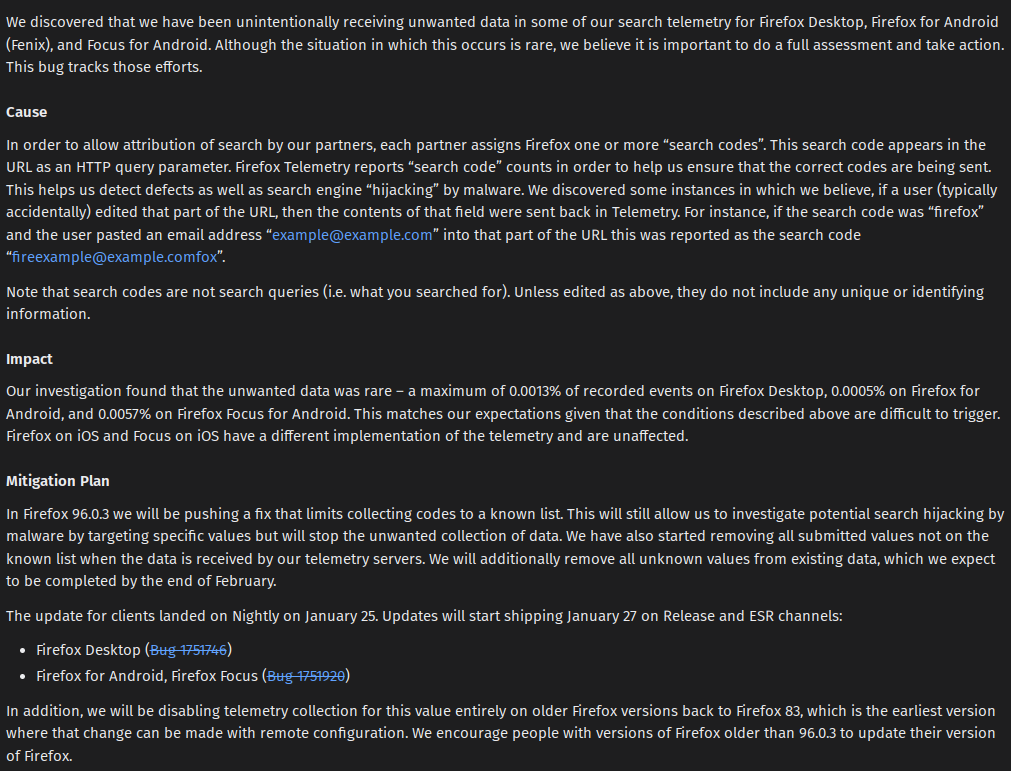 CHEF-KOCHtoCKTN•F-Droid: how is it weakening the Android security model?
link
2•16h 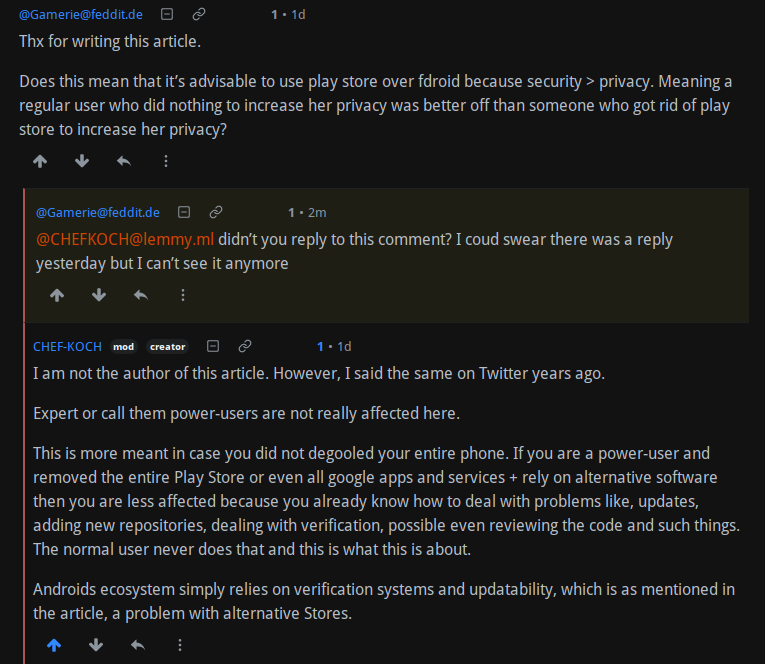 Bold Predictions for Linux Gaming in 2022

Bold Predictions for Linux Gaming in 2022

Nuclear power and renewable energy are both associated with national decarbonization

Nuclear power and renewable energy are both associated with national decarbonization

link
CHEF-KOCHtoasklemmy•Guys I've just created an account on Reddit for 4th without any email that i used but after 11 minutes it got banned without a reason does anyone know why?
link
2•
edit-2
19h

I handle it so that alt-accounts under specific karma level and account age are hidden and I approve posts manually. In bigger subs they just never review comments, so the chance that your comments are hidden increase. If you then continue posting things you might trigger the bot to flag your account.

This reduces 98 percent of clowns. I think most subreddits use automoderator to do similar things, otherwise moderating huge subreddits is very hard.

link
CHEF-KOCHtoasklemmy•We all know printer ink cartridges are a scam ? But why isn't any action being taken against the companies? If any action has been taken, then why is printer ink still so expensive?
link
9•
edit-2
21h

Action and lawsuits, everyone got minimum one, basically

If any action has been taken, then why is printer ink still so expensive?

There are multiple reason, it is not just one reason