(He/him) Marxist-Leninist and amateur writer. I like cats, foxes, sci-fi, science fantasy, and Pokemon Mystery Dungeon. Message me for my roleplay ideas!

Why do I doubt a place like that properly screens for STDs in sperm samples?

Act now and you’ll get a nice helping of pure, white, Slava Ukraini genital warts as a free gift with purchase!

Oh yeah let’s give eugenics another go it worked so well every other time we tried it! /s

And the US has how many people dying of starvation or freezing in the streets?

This religion is about to give Falun Gong a run for its money in sheer fascist stupidity.

The way I see it, they ruined ads for themselves and it’s not our fault for hating them enough to want to get rid of them. If ads didn’t make the web literally unusable, steal our data, consume more system resources than the site itself, and be a portal for malware, people would be more accepting of them to support websites.

This is a textbook greed leads to ruin tale, like cyberpunk Aesop.

Timer switches: literally just a clock and a switch

Timer switches: literally just a clock and a switch

Marxism-Fennekinism
creator
toShit Reactionaries Say@lemmygrad.ml•[/r/urbanhell's take on Soviet cities] The only question bigger than "how is this hell" is "how the hell do you think this is suburban? it's probably 10x denser than wherever in America you live."
link
fedilink
8•
edit-2
5d

Any city: Hey look we built affordable housing for the previously destitute and homeless!

/r/urbanhell armchair architect who probably lives in a McMansion with a two car garage an hour drive away from civilization: Yeah well you did it wrong.

I’m on the highway to hell

I’m on the highway to hell

Marxism-Fennekinism
creator
toShit Reactionaries Say@lemmygrad.ml•[/r/urbanhell's take on Soviet cities] The only question bigger than "how is this hell" is "how the hell do you think this is suburban? it's probably 10x denser than wherever in America you live."
link
fedilink
4•5d

That’s the first page of the colonial playbook.

For fricking real. SSDs are starting to catch up to hard drives in cost per gigabyte.

link
fedilink
Marxism-FennekinismtoMemes@lemmygrad.ml•Even my normie friends are getting tired of this shit
link
fedilink
5•
edit-2
5d

link
fedilink
Marxism-FennekinismtoMemes@lemmygrad.ml•Even my normie friends are getting tired of this shit
link
fedilink
6•
edit-2
5d

A “Hawaii before colonialism” show would be extremely based though. See SilverSpook’s mastodon posts about what was destroyed when the US took them.

Might be why such a show doesn’t exist under US rule.

She looks like she’s debating a lib and just completely done with their shit. 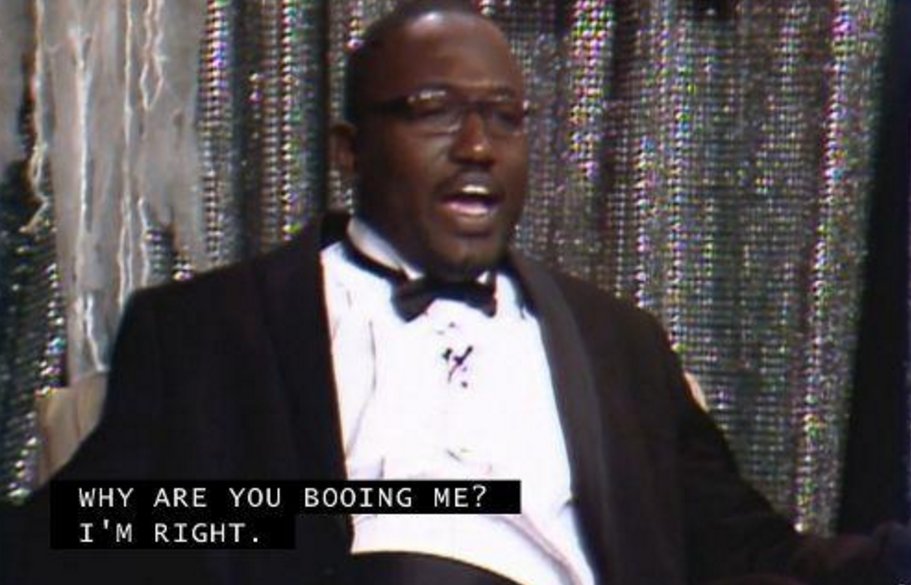 Why did you marry someone if you hate them this much?

Why did you marry someone if you hate them this much?

“They are all responsible”: 5 ex-cops involved in Tyre Nichols’ arrest charged with murder, DA says

“They are all responsible”: 5 ex-cops involved in Tyre Nichols’ arrest charged with murder, DA says

“Has anyone heard of the lost City Korona?” Creepypasta

“Has anyone heard of the lost City Korona?” Creepypasta

You probably couldn’t reach the density shown in this futuristic city using car as mean of transportation. A future city with cars would look much less dense, and spread over a larger area.

Either that or it’d feel like living inside of the blood clot in someone’s heart.

You better not go to any restaurant or the like again if you don’t consider service personnel workers.

Marxism-FennekinismtoShit Reactionaries Say@lemmygrad.ml•''Conspiracy'' lol, they are so close yet so far
link
fedilink
9•7d

You can’t just take common sense and call it a conspiracy theory.

Short answer: you can’t be because Lemmy and cPanel are based on different software architectures.

Long answer: First, as far as I know cPanel can only deploy PHP app, which most open source forums are. Lemmy is written in Rust and is executed differently to generate a website. Second, Lemmy has its own server that connects to the web host’s server in a process called reverse proxying, and it does this by having a main “Lemmy” program constantly running as long as the site is live, just like the web server it connects to. This works very differently from PHP, where each webpage is a separate very small program that runs when the page is called, and then exits when the page render is complete.

No no. The West turned Ukraine into a “free democracy”

Wouldn’t that just make the educated proletariat want to eat you more?

Is the reason for falling birth rate because the young adult generation can’t afford anything let alone to have children, like over here in the West?

No cryptobros at least!

No no, ask me about Cuba. I’ve been itching to opine about it to someone and will absolutely ignore your pleas to stop!

And god forbid if you ask them to name an actual well documented incident of China’s apparent colonialism.

link
fedilink
Marxism-FennekinismtoBe sure to read the rule before you leave@lemmygrad.ml•rule
link
fedilink
8•
edit-2
8d

It took me way too long to figure that out.

Get the hell out and take your puns with you.

Hitler did the same just saying.

Note: it will cost the German people 175 billion euros. That means you. The German aristocracy will only profit.

We Turned This Old Phone into a Gaming Beast!

We Turned This Old Phone into a Gaming Beast!

I know a lot of people here are trying to go vegan or at least eat more plant based. The most common complaint I hear is less “I miss the taste of meat” but much more generally “there’s not that much variety in taste”. I mean, most of the vegan food in the West is basically salad and various forms of fairly simple cooking like boiling, steaming, maybe baking or roasting if you’re lucky. In that case, yeah, most of the flavor is in the meat portion and the vegetables are considered sides for a reason.

My answer to that is: familiarize yourself with using spices. Particularly East/Southeast Asian, Middle Eastern, and African spices. There’s a joke that “Europe colonized the entire world for spices yet their food is still boring as hell” and, honestly that’s pretty fricking real. Instead of another salad or veggie bowl, make vegan Indian curry or daal, or Chinese spicy soup (Ma La Tang) or hot pot, Ethiopian wot, etc. These also don’t segregate the ingredients nearly as much as western food, so it’s a lot easier to compensate for not including meat. There’s a whole world of food that does really well being veganized with way more flavour and variety. IMO a huge part of the problems is that Western food doesn’t know how to be creative and have fun with vegetables since meat is such an important part of it, part culture (or lack thereof in places like the US and Canada where the many rich and varied Indigenous cultures that were there was wiped put) and part privilege (they just have access to a lot more meat).

Pro tip, don’t go to those soulless corporate chain “ethnic” grocery stores owned by billionaire white people, hit up your local run down hole in the wall little shop probably run by a family with English as a second language who only take cash. Those have wayyy better and more kinds of stuff often for cheaper. Speaking from experience as an immigrant to the West. See if you can find a market hall or plaza with a lot of small, independent stores, instead of a mall with a few large, franchise stores.

When making instant noodles, boil some broccoli in it both to lessen the unhealthiness of it but also because all those little buds soak up the broth and soft boiled broccoli has a very unique taste and texture all on its own.

I’ve tried potatoes, different kinds of cabbage, book choy, etc, and they all work well but IMO broccoli is the best.

This works best if you have an actual stove though. Microwave works okay too but just pouring hot water will not cook them all the way.

Well, they do run some restaurants in a few foreign countries and that one logging camp in Russia. That’s as bad as Western corporations’ overseas hijinks right?

Considering that the Nazis are treated exceptionally well in the West…

Don’t want to Google it and have my day ruined, what does the third one mean?

What are you? An idiot sandwich.

What are you? An idiot sandwich.

Europe if it was colonized by Europe

Europe if it was colonized by Europe

It’s the year of the rabbit;

It’s the year of the rabbit;

It’s the year of the rabbit!

It’s the year of the rabbit!

Gay is worse than war apparently

Gay is worse than war apparently