Also visit me at me on Mastodon 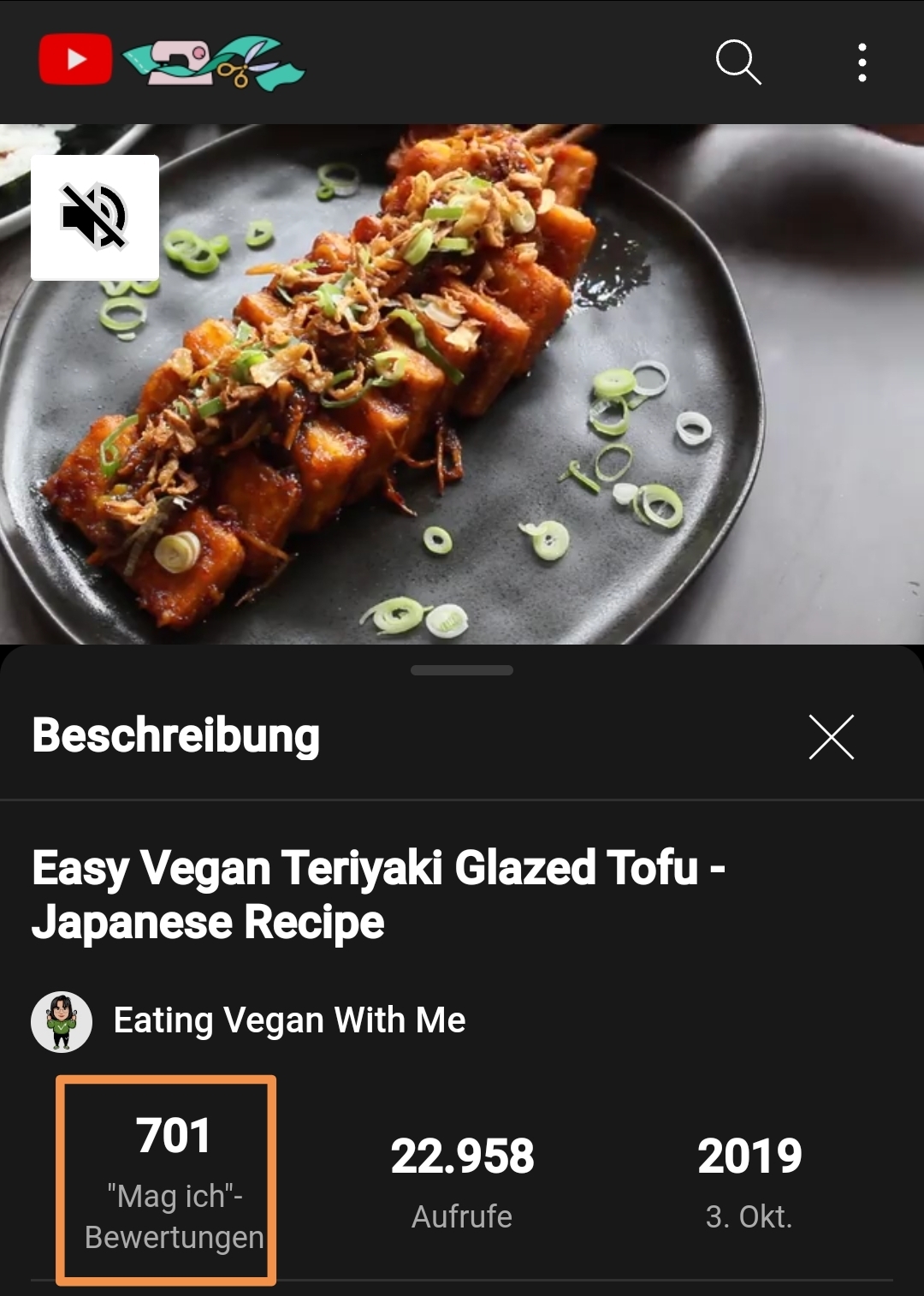 French is inefficient in the sense that you write a lot more letters than you speak, but to my knowledge it’s at least consistent - unlike this JavaScript of spoken languages.

Honestly, I’ve never witnessed anybody really getting those two concepts mixed up, but countless times heard ramblings about people who supposedly do.

Time to submit purposefully bad code, and loads of it!

Money can exist outside a ledger. Bitcoin can’t, it literally is the ledger, and therefore not money.

Don’t know what I expected ^^

link
fedilink
@Aarkon@feddit.detoGeneral Programming Discussion•Can anyone recommend a web programming language or framework that's like PHP and ASP in the sense where you write code and HTML combined, and the directory structure is your page structure?
link
fedilink
3•4M

Depending on what you want to do and how much server side the server side code really needs to be, I’d suggest you take a look at:

link
fedilink
@Aarkon@feddit.detoGeneral Programming Discussion•Can anyone recommend a web programming language or framework that's like PHP and ASP in the sense where you write code and HTML combined, and the directory structure is your page structure?
link
fedilink
3•4M

Code injection is an issue everywhere as soon as you leave the realm of purely static html. That’s why I’d recommend to use a framework to do this instead of sanitizing every possible input yourself.

DRY, SoC etc. are all sane principles, but that’s not to say that you can’t have an html template and some dynamic language in the same file. You’d only have to think differently about encapsulation and code reuse. Components are a popular pattern these days, exposing functionality that you want to have in multiple places across your page.

That, on itself, is a conspiracy theory.

While it is true that certain dietary deficits take years to surface in actual somatic issues and probably as well that the majority of vegans is younger than the western average, neither is evidence that a vegan diet (especially a modern one) can’t be sustainable & healthy for a whole lifetime.

Large fractions of the world’s population don’t eat diary products at all (like said before, lactose tolerance is rather the exception than the rule, globally), and others don’t have access to meat/fish, at least regularly, can’t keep certain animals or what not - do you consider all that unhealthy?

I’m well aware of the difference between vegetarian and vegan diets, thank you. 😉 I only wonder what you’d call a “so called” vegetarian diet, like I said.

Other than that, I think that you’re a) falling for the appeal to nature fallacy, assessing things as good because they appear in nature (despite that, for instance, without artificial care your teeth will be likely rotten away by the age of 30), and b) taking stuff as natural only because it has been there for a long time: yet unless you’re eating raw eggs and meat, nothing about such a diet is natural in the true sense of the word. Consuming another species’ milk is even quite unique in the animal kingdom and by no means natural - it’s an artificial, a cultural thing.

And culture can change. Not only are dairy products a rather European theme, I don’t see why it should be better to get proteins from highly processed and seasoned burger patties and sausages etc. (which, let’s be honest for a minute, are the dominant forms of meat consumption) than from e.g. pulses, or what makes iron from red meat healthier than iron from algea. If the presentation in the form of pills doesn’t appeal to you, I’m sure there is B12 powder as well.

There are millions of living healthy vegans proving my point, as well as vegan athletes, performing no worse than their omnivore competition. In the light of all this evidence, I’m convinced that the health argument has mostly become a distraction from moral questions: Is it OK to consume feeling and at least somewhat sentient beings for culinary or traditional reasons while at the same time having a disastrous impact on the ecosystem?

Sorry, but false dichotomy/strawman here: I never said you should only eat vegetables, nor would any vegan I can think of. What I say is that maybe you don’t have to eat meat/eggs/diary products to have enough iron, B12 and what not. Do people substitute those when living vegan? Most surely they do, yes. Does that make an unhealthy diet? I don’t think so, no.

Also, what would distinguish a “so called” vegetarian diet from a real one?

Being omnivore means you’re not specialized in one source of food, but that you can feed from basically anything. It does not mean that you need to take in everything you can digest on a regular basis.

Humans can run, climb and swim. We’re not great at any of these ways of movement, but not many animals match our versatility. I can’t outrun a wolf, but I can get out of its reach on a tree. I can’t swim away from a crocodile, but it will have a hard time catching me on dry land. On the other hand, a lot of predators wouldn’t follow me into the water.

We’re generalists. Being able to do a lot of things usually means that you don’t excel at specifics. I wouldn’t argue that regularly swimming, climbing and running is unhealthy, on the contrary. But the inverse argument, that you can’t have a healthy way of life without all of those, is obviously incorrect.

I thought of something similar, but that again doesn’t save me from having to plug in the disks one by one. Don’t know what I expected though, because you can’t make a hard drive suddenly beep or turn a light on. ^^

Ok, but if I have to backup, say, 5 TByte worth of data, I’d have to plug in several disks and reinstantiate my pool. ^^

What I am rather looking for is a script or something that would split the backup files into folders of, let’s say, 3 TByte which I can rsync to different drives. But as it looks, I’ll have to write that myself. That’s not an impossible task, but I wonder how good that works with duplicity/borg.

How do you identify individual disks in larger arrays?

Today the disks for my new ZFS NAS arrived, rejoice! 😍 Now I ask myself: If some day one of the drives fails, how am I supposed know which of the physical ones it is? My preliminary plan is to plug them into to disk container one by one, writing down the newly appearing blkids and labeling the corresponding drive. This is somewhat time consuming, so you folks have a better idea? Cheers!
fedilink
10
message-square

How do you identify individual disks in larger arrays?

Backing up (kind of) large amounts of data

Among other things, I'm running a small Nextcloud instance on my home server and over time, data somewhat piles up (especially photos). My main storage is sufficiently sized & redundant for now, but I wonder how I am supposed to do a serious backup: The moment will come where the backup's size will exceed any reasonly prized single drive. What then? Of course I can just buy another disk and distribute the chunks, but that's manual work - or is it not? At least `rsync` has no builtin option for that. Using a virtual, larger file system spanning among multiple drives looks like the easiest option, but I doubt it's a good idea for a reliable backup - if one disk fails, all of the backup is gone. On the other hand: That's true for the distributed chunks as well. What do you people do? Right now I don't have to bother as my data fits on a single device easily, but I wonder what in theory & practice is the best solution. Regards!
fedilink
10
message-square

Backing up (kind of) large amounts of data

Is there a fediverse version of stackoverflow.com?

Lemmy is obviously inspired by Reddit. My map of the fediverse obviously not complete, so I ask myself if there is some free as in free software comparable to a q/a platform like stackoverflow?
fedilink
32
message-square

Is there a fediverse version of stackoverflow.com?