dang, I’ve always written little one off scripts to handle instances of weird naming, had no idea there were such comprehensive tools out there! this is neat

link
fedilink
@youngbretttoPrivacy•ProtonMail has sent a demand to Njalla for getting private user data, because someone wrote about them badly
link
fedilink
5•8 mois

So what’s the recommended mail server to swap to? I currently have my own domain going through ProtonMail, but they’re making me feel incredibly weird about that choice.

incredibly easy with modern .net, you just have to make sure to install the dotnet package

JetBrains Rider is a really good cross platform IDE, but you can also use whatever editor you want (and Visual Studio Code is pretty easy to get set up as well)

it sucks, but that’s probably why it is that way

steal from chains, there will be no consequences to any workers, you’ll have food, and they’ll still be a disgusting profit machine

it is a failure of society for anyone to go hungry, not just a child, and there are many places you could steal from that will go completely unnoticed

I own… a lot of music on bandcamp haha: 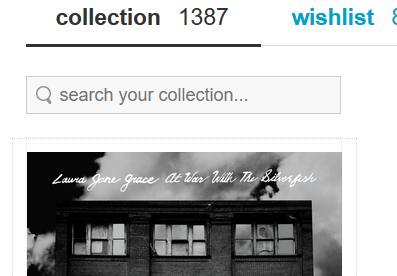 I stopped paying for streaming services a looong while back and now I just buy things on bandcamp (or elsewhere if unavailable on bandcamp) and put it all on my plex server.

Not only that, but the best online store to buy music from (Bandcamp) generally will let you listen to entire songs, if not the entire album before purchasing.

Both are full IDE’s though, to be fair.

I have no stake in this as I don’t use any of these applications, but what feature do they have that makes them IDEs while VSCode is not considered an IDE?

At some point, where’s the line? What’s the feature that QT Creator has that VSCode doesn’t have? VSCode can compile, it can perform code analysis, it can debug, it can do code cleanup, you can search code by symbols.

I don’t use VSCode and I have no stake in this, but I’m not sure why it’s not considered a full blown IDE.

not like american supremacy has been a good thing, may as well give something else a go

I thought it was real this morning when I first saw someone post it. I’m an easy mark lol

The way I see it is they got paid by Google and Google doesn’t actually get any benefit, because Stadia has already failed. If they don’t release, they break the contract, Google saves money and the devs don’t get paid. If they release, they get paid, Google loses money, and Stadia continues to be irrelevant.

I’ve personally had a lot of fun solo. It kind of depends on what you’re looking for. I imagine the progress is much quicker with a team, but I’ve had a good time just kind of shaping this world I’m in as I explore it and progress through the biomes. I’ve just got little unique homes littered and linked throughout the landscape and I think that’s really cool. It’s a really good podcast game and I don’t mean that in a negative way. I always like having a game that’s a little more open ended and without much story that gives me time to chill and listen to a podcast.

I’ll be honest, I’d be hard pressed to name many games where the ending wasn’t weak.

I’m living in Missouri and the tap water’s pretty great. I was told it’s so good because of the caves running underground, but no idea how true that is. It’s very good though, one of the highlights of living here.

This might not be true anymore, but I do remember a lot of DOS games that were updated to run on modern systems mostly just use DOSBox under the hood. DOSBox-X seems to be a fork of the original DOSBox.

Meanwhile, I got suspended on twitter for suggestion it was good that Richard Spencer got punched.