Yeah definitely, but until the rest of the world gets their act together this is really the only sane policy to take.

The whole premise that China can’t keep up zero covid hinges on the idea that sooner or later they have to open up the borders and let the plague rats in. However, it’s pretty obvious that China can keep their borders closed indefinitely at this point. Their economy is doing fine and their international trade is growing.

The only downside of having closed borders is losing tourism and the benefits of not having the plague run wild far outweigh any losses from not having international tourists. Literally the only people who are unhappy about this are the rich and affluent who are now inconvenienced when they travel outside the country.

Yeah, r/antiwork is basically a roach motel for leftists. People there just moan about how terrible their conditions are, but don’t actually want to pursue any effective means of organization. It’s just politics of despair where people have no vision for how to improve things.

So many westerners convinced themselves that US is an unmatched world power that nobody can stand up to. Watching these people having to cope with reality is going to be progressively more hilarious in the coming decade.

Yeah, and the government focuses on funding actual meaningful research like nuclear fusion. Meanwhile, even funding that comes from the government in capitalist countries often ends up going towards questionable research that the corporate sector lobbies for.

At this point western media is like Goebbels trying to explain how the Wehrmacht is invincible while being rolled by the Soviets.

@yogthos@lemmygrad.mltoChina@lemmygrad.ml•China's trade surplus surges to record $676.4B in 2021
link
3•13d

It’s amazing how despite being wrong for literally decades people proclaiming that China is about to collapse still have jobs.

Vice is pure garbage, but this is pretty hilarious and I hope it’s true.

Venezuela to Establish ‘New Map of Cooperation’ with Nicaragua

Venezuela to Establish ‘New Map of Cooperation’ with Nicaragua

I also made a post encouraging people to migrate here https://www.reddit.com/r/GenZedong/comments/rlg32s/interest_in_creating_a_community_on_lemmy/

The Capitalist Death Cult is Afraid

The Capitalist Death Cult is Afraid

We really gotta get more people moved over to Lemmy white the community is still around.

USA vs China: How to Spend 2 Trillion Dollars?

USA vs China: How to Spend 2 Trillion Dollars?

US is the heart of the western empire, so it would be significant even if it was only happening in US. However, this is happening in other western countries as well. We’re seeing very similar trends in Canada. There’s also growing civil unrest across western countries. Protests are ongoing in France, UK, Germany, and other countries.

There is no end in sight for the pandemic, and economic fallout is already staggering. As western economies continue to crumble, that will translate into further unrest across western world.

Yeah, I think we’re headed towards the irreversible collapse of the global capitalist system at this point. The pandemic has shaken its foundations to the core, and now climate change is unfolding at a faster rate than anyone expected. I don’t see how capitalism can survive a disaster on such a scale.

There is an indication that omicron is less deadly, but it’s still a dangerous virus that’s much worse than regular flu. The idea that viruses get more mild over time is based on the fact that milder versions have a better chance to spread thus outcompeting more serious ones. However, this is more of a rule of thumb than anything. Lots of viruses are very infectious and deadly.

It’s also worth noting that death rate isn’t the only relevant metric. Numbers of hospitalizations and long term disabilities are just as important. Omicron is currently overwhelming healthcare systems in US and Canada because a lot more people end up in the hospital due to how many overall infections are happening. I’m in Ontario, and we just announced a slew of restrictions because our healthcare system can’t keep up.

Once the initial pandemic is over, then the question is going to be how many people developed long term problems. This will again put more stress on healthcare and social services, as well as impact people’s ability to work.

lol yeah being baddies in a huge world blockbuster is definitely a new experience for Americans :)

What China’s been doing with transitioning off fossils gives me a lot of hope. I don’t think we’re out of the woods yet with that, but at least there is a serious path towards transition now.

Right, 20% of all US currency was printed during past couple of years and now inflation is close to 7%. Meanwhile, wages are remaining flat and minimal wage pays nowhere close to the cost of living. I expect the fallout from the omicron wave is going to be more severe than any of the past waves.

At the start of the pandemic there were at least some attempts at containment. As ham-fisted as they may have been, it was better than doing nothing. Now, there’s no will from the government or the public to take any action. However, case counts are already making other waves look flat, and Delaware was just forced to issue state of emergency because hospitals are getting overrun.

The real surge is likely to hit after a week or two since everybody just went to visit friends and family for the holidays. These people will come back and infect their communities, and it takes around a week or two before symptoms get bad enough to require hospitalization. This means we can expect a huge wave towards the end of January.

At that point there’s likely going to be need for mass shutdowns and that will lead to market panic. This is likely to be the start of the deferred financial crisis. It’s not really clear what the strategy is going to be at that point. Printing even more money will obviously make inflation even worse, but there aren’t any other readily available solutions either.

NATO’s cognitive warfare and the destruction of the truth

NATO’s cognitive warfare and the destruction of the truth 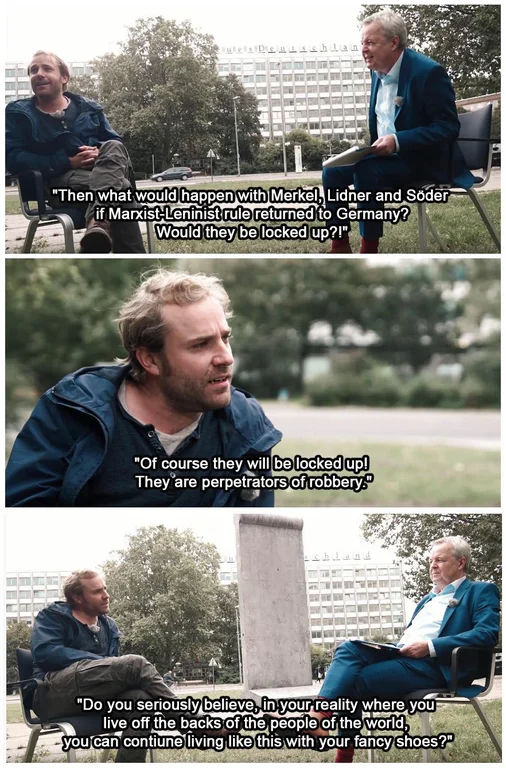 The Soviet flag being flown in the Ukraine

The Soviet flag being flown in the Ukraine