Send Secure MessageSend Message
Joined 2Y ago
cake
Cake day: Dec 29, 2019
help-circle
rss
@pimento@lemmygrad.mlto中国的最新发展, A place to learn about China, Chinese and China's latest developments, (Reddit's Sino)@lemmygrad.ml•PM of Denmark calls US 'very loyal' to Europe and doesn’t understand it at all why France would even consider breaking a military and political alliance for the anti-China AUKUS alliance a 'betrayal'.
link
4•1d

Her own intelligence agency spied on Europe for the United States. I suppose Denmark is the new lapdog of US to replace UK.

Are Afghan women allowed to work under the Taliban?

Are Afghan women allowed to work under the Taliban?

US efforts to impose hegemony have ‘failed miserably’: Iran’s Raeisi to UN

US efforts to impose hegemony have ‘failed miserably’: Iran’s Raeisi to UN

The problem is not work, but the conditions under which we are working. Like Marx says, under capitalism the worker is alienated from his labor.

This is the west. There is another map which shows how all the most violent and militarized borders are along these lines. Eastern Europe (war in Ukraine), inter-Korean border, Mediterranean (grave for countless migrants), Mexico-US border (drug wars and migration crisis). 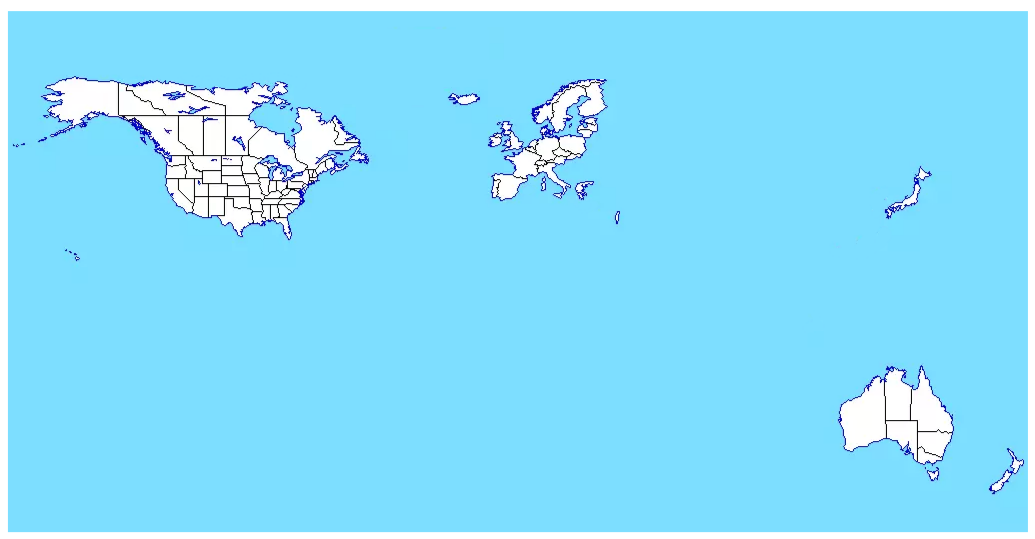 Wikipedia is based in the United States, which means that it is controlled by the US government one way or another. So the only option is to create alternatives.

Yeah for sure, most of the world is lining up behind China now.

Not exactly. Most countries are trying to stay neutral between China and US, and China is fine with that. Only the United States want other countries to pick sides, and start a new cold war between “democracy or authoritarianism”. Thats failing completely because China isnt playing their game.

Japan and India too. But even the five of them together cant threaten China when it comes to a war for Taiwan or the South China Sea. So in effect they are just isolating themselves from the rest of the world, and accelerating their decline.

So muricans want to start an undeclared war against China, but still whine about Pearl Harbor after almost a century. Makes total sense.

The fall of the US dollar is happening, one cent at a time

The fall of the US dollar is happening, one cent at a time

The articles that are linked are not easy to read but I guess they are targeted towards someone who is more enlightened about the broader context.

I think this is generally a big red flag. If there is an important point, then it should be possible to explain it in a way that everyone understands. If they link that to someone who is new, they might do it on purpose to avoid any discussion.

Very well explained. I think a lot more of these false narratives will be revealed in the near future, as the Washington empire collapses. Afghanistan was a clear defeat for united states, soon they will have to retreat from Syria and Iraq. Then “Israel” will easily be defeated. Maybe Taiwan next.

link
@pimento@lemmygrad.mltoPalestine@lemmygrad.ml•two of the six escaped Resistance fighters were caught just now near Nazareth, in the north of Palestine [MEGATHREAD]
link
8•15d

The resistance has declared their freedom a red line, so this might lead to an escalation.

This must be the same journalist, lying in a ditch to make China look bad. By the way, how come he only talks to prisoners? Is he afraid that normal people might say something positive about the government? Pretty telling that no newspaper employs this clueless propagandist.

link
@pimento@lemmygrad.mltoChina@lemmygrad.ml•China is betting that the West is in irreversible decline
link
11•
edit-2
16d

Please dont give clicks to the imperialist media, use an archive link like archive.vn instead. I’m not even gonna talk about the content of the article, its so biased and lacking facts that I couldnt finish it.

The UN hasnt declared that a genocide is happening in Xinjiang. By your logic, that makes them equal to Holocaust deniers.

Then the United Nations are holocaust deniers. Fact is that no international court or UN organ has even investigated the alleged genocide. Innocent until proven guilty.

The United States were defeated by the Taliban, simple as that. The retreat was completely botched by the US military, they left a large base in the middle of the night and didnt even tell the Afghan military. Literally running away at night. The Afghan army also didnt get paid for some months. Meanwhile the Taliban allowed enemies to go home or join them (amnestie).

All in all the situation is pretty similar to the US defeat in Vietnam, but at this time the empire is really collapsing. Expect similar events in another country soon.

Biden wants to save face, but Kabul airport attacks prove his incompetence

Biden wants to save face, but Kabul airport attacks prove his incompetence

Its not like anyone (or any institution) would voluntarily admit that they participated. And the US government is surely also interested to sweep this under the rug.

‘Killing for the sake of killing’: Disillusioned US drone pilots leak footage of air strikes against unarmed Afghans

‘Killing for the sake of killing’: Disillusioned US drone pilots leak footage of air strikes against unarmed Afghans

Thats because wars are not won by money or weapons, but by people. If one side refuses to surrender and keeps fighting despite losses, it cant be defeated. Thats how China pushed back against the United States in the Korean war, at a time when the US was vastly superior in terms of weapons. Its a similar situation in Palestine, where the people have refused to surrender to the occupation.

Edit: to determine victory or defeat, what matters is whether each side achieved its objectives. In case of the United States, their stated objectives in 2001 were to wipe out the Taliban, and establisha liberal democracy in Afghanistan. That obviously failed completely. The Taliban’s objectives were to overthrow the puppet government, and drive out the invaders, both of which they achieved. So its clearly a victory for the Taliban, and defeat for the US.

Defeat is the only way to describe it. I wonder how much longer western media can deny that reality.

Whether we like it or not, its something that will happen more and more in the coming years. Especially because US social media are banning users for political reasons. Especially those from countries like Venezuela or Iran, but even government officials fromd different countries have been affected. So all of those groups are gonna look for alternatives, and Facebook etc will inevitably decline.

If the island of Taiwan is a country, when did it declare independence from China?

Inside US Afghanistan pullout : The Grayzone interviews Pepe Escobar

Inside US Afghanistan pullout : The Grayzone interviews Pepe Escobar

Afghanistan has been a graveyard for empires throughout history. Is the American Empire next?

Afghanistan has been a graveyard for empires throughout history. Is the American Empire next?