I ended up with this list of stuff to test-drive: Ubuntu Studio, AV Linux and LibraZIK. Also figured out that PopOS now comes with pipewire out of the box, so I might also try a clean install of it

which distro to choose?

My daily driver right now is PopOS, but I'm thinking about installing a separate distro for dualbooting just for music production. I know about Ubuntu Studio, but maybe I'm missing some other choices?
4
message-square

which distro to choose?

Basically I need something that can play back single hit drum samples with multi-channel output. So far I've been using Sitala and Speedrum Lite. I really like Sitala, but it doesn't handle multiple outputs in Reaper very well. Speedrum Lite is very similar, but lacks some functions and overall polish. So I'm just wondering what options am I missing?
3
message-square

I like the concept of this thing, but unfortunately their app just shows empty screen. Didn’t have a chance to try CLI though

oh wow, I didn’t know this one

Discussion in the intro post about what's techno and what's not reminded me of this guide. I guess it might be relevant in this sub and for the people like me who like to nerd out about genres :)
7
external-link

Some people use word techno as an umbrella term to describe mainstream electronic dance music, in this case EDM is kind of synonym.

But techno is also a specific (less mainstream) subgenre of electronic music originating from late 80’s Detroit. It has quite a monotonous and repetitive sound that doesn’t follow typical song structure and rarely has any vocals.

Some examples of EDM would be Deadmaus, Diplo and even some stuff from Coldplay.

23 Hours Of Drama by Svarog

23 Hours Of Drama by Svarog

Sure, no problem. There’s no strict definitions anyway, and the borders between genres are blurred, so it just comes to each own perception. Anyway, I guess I’ll post some stuff occasionally. Thanks for reviving the sub :)

I’m glad that this sub is seeing some action, but tbh I’m a little concerned that some of the stuff you posted here is more on the EDM-ish side than techno (at least in my opinion)

Thanks! I’ll try them out later today

Thanks for recommendations. I’m pretty new to linux and didn’t explore different file managers yet. I hope I’ll find a way to avoid switching between the windows just to hear 1 second drum sounds :)

Are there any sample library managers on Linux?

I've been hoarding various sample packs for years, and I have quite a huge folder now. I come from MacOS and I really liked how in default file manager you can select any file (not only audio), press space, and preview comes up almost instantly, press space again, and you are back dealing with files. This really helped to find the right samples and transfer them to project folder. So.. Are there any dedicated sample library managers? Maybe some plugins for file managers that help to get sound previews? I'm pretty open to new flows of dealing with samples Right now I use default file manager on PopOS (I guess it's Nautilus) and default audio player, and switching between them doesn't feel quite clumsy. Update: Thanks for recommendations. I tried building Samplecat and Samplehive, but didn't succeed. But I found a plugin for nautilus that makes it work as QuickView on MacOS (nautilus-sushi). It doesn't help with library management, but it will work for me for now. I guess I'll revisit Samplecat and SampleHive later
5
message-square

Are there any sample library managers on Linux?

Oleksiy H & Axxent13 – Under The Surface(demo)

Oleksiy H & Axxent13 – Under The Surface(demo)

I love this channel and the way they talk about their projects, it’s really educational 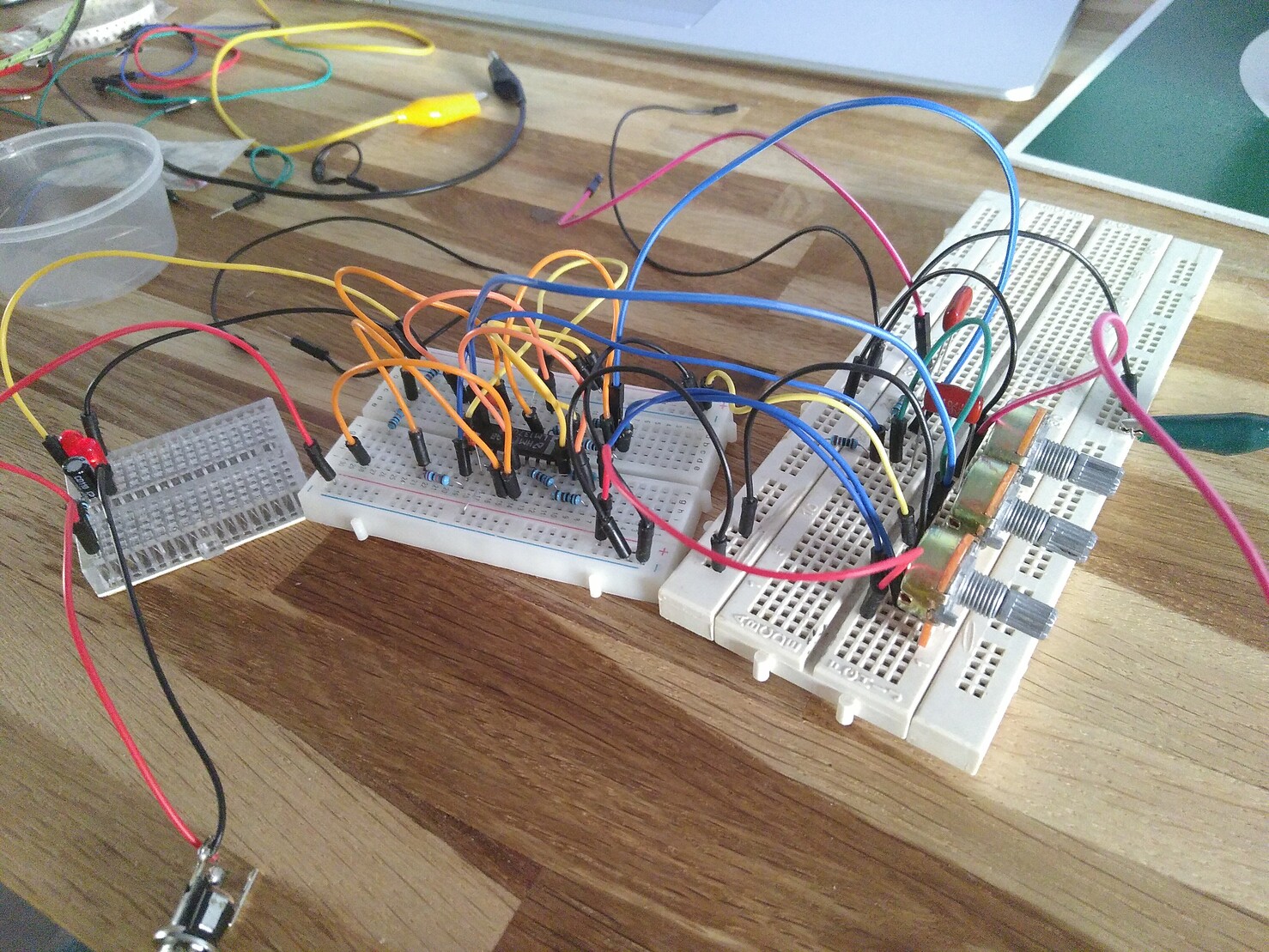 I’m currently working on a monotron delay like stomp box. I’ve already built a 9v ms-20 filter on a breadbord, next I plan to add a PT2399 to add delay, design a pcb for everything and build it. It’s really cool that Korg shared some schematics https://www.korg.com/us/products/dj/monotron_delay/page_3.php

Not that I have anything to compare to, but I think it was pretty nice and straightforward. I faced some issues with pixel art scaling, but I didn’t research a lot how to fix it. The docummentation is well written and there are tonns of tutorials and forum discussions. I’ve heared that it’s better suited to 2d than 3d, but haven’t tried making anything 3d yet, so I’m not the one to judge

yeah, this guy is really good at explaining complex stuff in a beginner friendly way. definitely worth subscribing

I guess you want some kind of DAW (Digital Audio Workstation) and some collection of templates/samples for different genres. You’d better ask this in !musicproduction@lemmy.ml than in DIY Music Gear, as it’ll be more on topic there :)

I don’t have as much weird gear as Hainbach, but I did try to send clock signal through delays and filters, and it sounded pretty nice. I guess I need to experiment a little more with this

In my opinion simply crossposting stuff from reddit is not a solution (I’ve seen you’ve been doing it with pixelart sublemmy). I think that lemmy needs more discussions under posts rather than more posts. If there is a discussion, there is a community. If there is a community, cool new content will come. I myself created !diymusicgear@lemmy.ml, and so far I’m the only one who creates posts there. I get some upvotes here and there, but it does not help to build the community. It’s not hard to find content on the topic, it’s hard to get involved

thanks! this kids can code site looks like a great resource

I hope nobody minds that I posted my own track :)