One of Lemmygrad’s original admins

May the sea bless you, and may Marxism-Leninism guide you.

when you’re so anti-communist that LGBTQIA+ victories are bad, actually.

watch liberals claim the elections were fraudulent, and that the oblasts actually wanna stay part of Ukraine.

It’s disgusting to me how liberals will be like “whistle-blowers are heroes” then demand that Showden be brought in.

the concept of ratting on the government is admirable, but actually doing it is ratty.

When I told some “leftists” (see: liberals cosplaying as comrades) that Itally could be getting a fascist PM, they coped by saying Italians would never vote for another fascist.

now look what’s happened. Maybe it’s a good idea to listen when the MLs are speaking?

it would only be “execution by proxy” if Ukraine’s soldiers refuse to accept surrender. Because, realistically, anti-war protesters would more likely surrender and defect than actually fight.

at this point I’m convinced starlink is a prop-op

Information on the protesting in Iran?

I'm finding a lot of conflicting information on the situation in Iran, with predominately western publications reporting on it. Before I make my mind up on this situation I'd like to have enough information. It feels like a colour revolution, but I don't want to dip into conspiracy so readily. If anyone has been following the situation and would like to give Lemmygrad an explanation, it would be appreciated.
fedilink
12
message-square

Information on the protesting in Iran?

I've seen Ukraine supporters claiming the Russia is conscripting anti-war protesters. The only sources I've seen for this are western, and the statement on the partial mobilization clarifies that it's a mobilization *strictly of already enlisted military personnel*. I highly doubt it's true, but if anyone has sources or knows more about this I'd like to better understand it.
fedilink
15
message-square

You’re very active on this community, would you like to become a moderator?

I’m predicting that the movement will gain a lil more steam as the empire’s fall progresses. The reactionaries are going to keep radicalizing, and some of them will prefer fascism with socialist aesthetics. So, I’m thinkin’ the US is about to get its own blatant NazBol movement.

if it’s done peacefully, the liberals will shit themselves with rage and cope. If an armed conflict comes of it, they’ll publically back any side that’s against China, even open fascists, NATO, etc.

edit: also I wouldn’t be surprised if NATO sponsored militant anti-communists in Taiwan.

link
fedilink
Black Tulip toShit fascists say@lemmygrad.ml•Another banger from the Infographics Show. Also, why are Kim's lips black in the thumbnail? he's not a dog or something.
link
fedilink
21•7 jours

occasionally i’ll read or watch something that makes me want to jump off a bridge (not literally though), this is one of those things. Don’t read the comments.

image
This community needs are few finishing touches, and I'd like Lemmygrad to help with deciding on them. Firstly, a community profile picture is needed. What symbols, images, etc. represent either the concept of colonialism, or represent natives? What colours are commonly used for this purpose? Second, the community needs a banner. What images evoke decolonization, rage against colonizers, or solidarity between colonized peoples? Finally, the rules need to be set. What are some rules this community would benefit from having?
fedilink
21
image

My grandfather moved to the US in the 1960s because until that point he had lived more than half of his life in and out of prison for believing in a free Ireland. And though he had settled down in Texas, he still regularly returned to Ireland until the 80s to continue fighting for a united Ireland. All the while continuing to periodically serve time in British prisons.

That man was an Irish Republican to his core, he died when I was young but every time I met with him he’d passionately tell me about all of the injustices the British have pushed against our people.

but sure, go off I guess.

I’m not saying he’s a socialist. But he was a very important figure for Irish independence and the revolutionary struggle against the British.

Looking for mods for this community

image
Ideally, a community about the effects of colonialism would be moderated by victims of colonialism. Though I'm Irish-American and am dating a Native American, I do not properly represent decolonialization. So, this community needs moderators of colour, who can help ensure that the moderation of this community won't accidentally favour whatever latent colonialism I may not have realized within myself yet. If you want to moderate this community, please get in touch with me. [image: Irish revolutionary leader Eamon De Valera shakes hands with the Chippewa nation]
fedilink
30
image

Looking for mods for this community

SOLO 2 is Not Happening… Here’s Why!

SOLO 2 is Not Happening… Here’s Why! 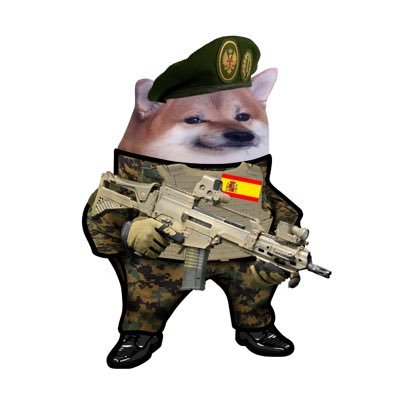 it always seemed like American Nazbol to me, from the first time I learned of them. So I’m not at all surprised.

I remove someone from Lemmygrad for repeatedly posting ultra-leftist shit and i’m “overstepping” or whatever. But he can just ban and remove anyone he wants and no one can say anything about it.

i’m not sure exactly what I am and am not allowed to say, so I won’t list any names.

but i’m pissed off that Catra’s been banned for being mean to a colonizer, but the colonizer only got one of their comments removed and nothing else. IMO feeling and expressing rage towards a colonizer is justified as long as it doesn’t go too far. And I don’t think Catra went too far.

I can’t critique how Lemmy moderates too much, it’s not my instance to make calls on. But they really need to stop being hypocritical in how they do moderation. A person can spew reactionary bullshit and be fine, but if someone gets angry about it the angry person gets punished? fuck no.

If the Russians really are orcs, then alls they gotta do is wear purple so they can assassinate Zelensky.

I’m confident that “left unity” was created by disrupters, who wanted to use it to rip leftist parties/associations apart.

TIL you can't downvote on Beehaw (also bonus Ukraine coping)

TIL you can't downvote on Beehaw (also bonus Ukraine coping)

The Development of the AK-47; The Revolutionary Rifle

The Development of the AK-47; The Revolutionary Rifle

image
Hello gun havers. This post is intended as an open forum for discussions on firearms, questions, and general communication within the community. Feel free to post pictures of guns you might own or hope to own, memes, etc.
fedilink
7
image

Firearms is looking for new moderators!

If you wish to become a moderator of the Firearms community, please let me know.
fedilink
14
message-square

Firearms is looking for new moderators!

The Admins want your opinion on the Hoxhaism community. [RESOLVED]
lock

In light of user Wisconcom's community [Hoxhaism](https://lemmygrad.ml/c/hoxhaism) (created using an alternate account named Ouisconkom), and the anti-China/anti-Mao sectarianism that permeates the rhetoric of the community. It has come to our attention that some members of the community are unhappy with this sort of content being allowed. In the past, we've removed other Ultra-leftists, such as Patriotic Socialists, for their sectarianism. And some of the admins feel this might be a time to do that again. Lemmygrad's success depends on transparency and communication between the user base and the admins, so we would like the Lemmygrad community to tell us how they feel about this possible issue.
fedilink
0
message-square

The Admins want your opinion on the Hoxhaism community. [RESOLVED]
lock

This is a post for Lemmygrad members to talk about things liberals are doing/saying. Let's vent about liberal bullshit together.
fedilink
34
message-square

Combat Sambo - This is Real Power

external-link
Combat Sambo can be considered 'Systema lite', so I think it fits here
fedilink
0
external-link

Combat Sambo - This is Real Power

Russian Systema in a REAL FIGHT

external-link
It's not actually real fights, the title is a bit clickbaity. But it is a neat video for displaying systema in a practical context
fedilink
0
external-link

Russian Systema in a REAL FIGHT

Combative ability is much more than martial arts.

image
If y'all haven't been finding the time to learn about subjects from first aid to nature, hot and cold weather survival to nutrition, fear regulation to biomechanics, y'all should probably look into it.
fedilink
3
image

Combative ability is much more than martial arts.