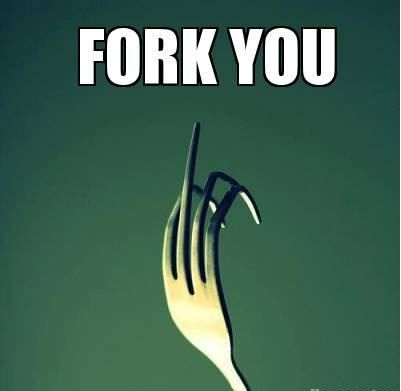 He acknowledges that right at the start.

Video description: This might be how the upcoming Valve Steam Deck performs when it comes to gaming! OIn this video we take a look at how the new steam deck may perform at 720P once it’s released by running a ZEN 2 based RYZEN APU at similar clock speeds and core count. This is a theoretical test ba…

@ArtilectZedtoGwynne•I don't know how to do microblogging
link
3•17d

It seems like you solved your own problem here, honestly.

Art. Lebedev = “fill it with LEDs”

My eyes rolled so hard reading that, that my retinas detached.

Why have a flagship instance? Seems to defeat the point of federation.

I wonder how much “dQw4w9WgXcQ” appears in the backend.

I know, a number of us do, but it’s the only solution right now. When you want to explore, hold your nose and look at All.

Not concerned at all. I won’t pick them up unless they do something really compelling with the new ports. I don’t see that happening at all, though, given their previous track record.

Subscribe to the communities you want to see, and only look at those with the “Subscribed” filter at the top of the home page.

Edit: You can also set the type default to Subscribed on your profile.

Fruit wax is made of esters. It’s an old practice. Apples only look the way everyone thinks they look because of that wax. The wax not only keeps the moisture sealed in, but it also keeps insects and fungus off of them.

It may not be common at farmers markets, but what’s your issue with the wax? It should be edible, and helps keep the moisture in the apple.

Would the both of you grow the fuck up and move on with your lives already?

Had to get a vertical mouse last year after my Roccat Nyth’s rubber bits started falling off after 5 or so years of use, and I was tired of the wrist pain.

Overall, I would prefer a trackball, but they don’t make them with as many buttons as I want on them, usually, and have it still be thumb controlled.

I think that it will have the same problems the Steam Machine had. Proton will be a big help, but I can’t get my hopes up.

‘Ogou’ is the Vodou spirit of Iron and War. A Vodou follower asks for protection from the brutality of life’s daily battles - “Ogou, you brought me here, take care of me.” …

If they’re coming off like this guy is, making posts like this one we’re talking in right here and now, and making other subs while trying to hijack the name? They need to get their act in order before anyone starts talking about the moderation being unfair.

That’s your opinion, that I will disagree with. Their server, they can do whatever they want with it. If they want to delete the community here, I think that’s up to them. The server and that community were here long before this person signed up. Why should they be treated specially?

It’s a matter of deference to the people putting their money, time and effort to provide this space for us in the first place. If you don’t like the way it’s being run, leave. No one is forcing anyone else to post here. Each and every one of us have the ability to move to another instance or set up our own instance, and have the rules and experience we want to have on the platform as a whole. That’s the entire point of federation, in my view.

If you don’t like the way it’s being run, and you continue to whine about it but not leave, that means you’re mining it for drama, and you’re a troll.

Intellectual property never meant anything to me, so I’m not crazy…