Joined 6M ago
cake
Cake day: Apr 11, 2022
help-circle
rss
@Anatolianin@lemmygrad.mltoComradeship // Freechat@lemmygrad.ml•Imma ask y'all, what would be the dumbest reason on why you became a commie?
link
fedilink
7•18h

Not exactly radicalized me, but thank you based gamers which nicknames I don’t remember for punching some sense in me. 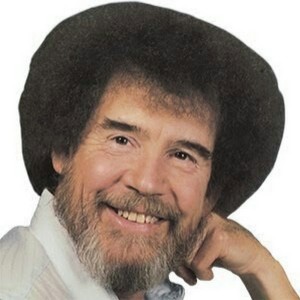 Meh. Good riddance. But I assume that this “friend” will definitely write in the social network of the totalitarian Rashka in the future about how much he stands above the stupid cattle who did not escape from the evil Mordor or did not try to overthrow the bunker oldman. Something like that, to convince himself that he is better than his former compatriots.

Hmmm, having literal volksturm in your armed forces is a clear sight of superiority, ain’t it?

About a year ago I argued with an unbearable lib who, among other things, claimed that the Russians, instead of accepting the “truth” in the 90s that they were a non-nation with a worthless history, who should bow down to the West, “tore apart the messengers who brought the truth.”

If what this shithead is talking about becomes a reality, I think, based on the logic of the same liberal, no one in Russia will resist if some ultranationalist will push the red button and turn the whole world into dust.

Oh, didn’t you know that being a Western puppet is actually good? Well, at least that’s what libshiso says, I don’t really know.

Although the last time this happened, the post-Soviet countries lost more people than the USSR in World War II, but liberals want to be puppets so much, so why not? Surely nothing bad will happen this time, right?

Russia just need to surrender and become the Western puppet once again or whatever.

I just feel now that this all is so fucking irrelevant and pointless.

Read 20 pages of some battle fiction.

There is a non-zero probability that if Putin is somehow overthrown, the one who will replace him will be so bloodthirsty that he will not hesitate to press all the red buttons.

Damn, Trotsky’s analysis is so good it really opened my eyes.

Now I know that Czechoslovakia was as bad as Nazi Germany, and the Soviet Union’s aid to the Spanish Communists was imperialism.

link
fedilink
@Anatolianin@lemmygrad.mltoGenZedong@lemmygrad.ml•Just went to a conference where Chelsea Manning said "Russia will not be able to hold the Donbas" then played 100 gecs. I hate the Nato empire 😭
link
fedilink
2•
edit-2
9d

I have a feeling that if westerners knew about the battle at the 12th Moscow border outpost, they would still find a way to somehow attribute rape to them.

Not exactly heavy metal but I like this https://youtu.be/smNcttNLBBw

In the past we had no fatherland, nor could we have one. But now that we have overthrown capitalism and power is in our hands, in the hands of the people, we have a fatherland, and we will defend its independence. Do you want our socialist fatherland to be beaten and to lose its independence? If you do not want this you must put an end to its backwardness in the shortest possible time and develop genuine Bolshevik tempo in building up its socialist system of economy. There is no other way. That is why Lenin said on the eve of the October Revolution: “Either perish, or overtake and outstrip the advanced capitalist countries.”

We are fifty or a hundred years behind the advanced countries. We must make good this distance in ten years. Either we do it, or we shall be crushed.

Usually I just lie down on the bed and listen to some heavy metal at full volume.