Most westerners do not understand what democracy is

Most westerners do not understand what democracy is

Democracy is a system where the government implements the will of the majority and it is held accountable by the majority.

Western countries implement parliamentary democracy, and we now have ample evidence that this model of democracy does not work in practice. Western governments primarily represent the interests of the elites at the expense of the public as this study of US policy illustrates. US may be an extreme case, but similar situation is observed in most western nations.

Western chauvinists do not get to define whether other countries are democratic or not because western model itself is a failure.

People actually living in those countries get to define what their system is. Vast majority of Chinese citizens approve of their government, and think that it is in fact democratic.

As someone living in a third world liberal democracy I can, in fact, attest that the political system is a farce and anything but democratic. This us just my opinion though.

Same. I am from a third world country that is a “liberal democracy” on paper, and is slowly heading its way to fascism in the past decade. Only the interests of the rich are represented.

You mean democracy in general or liberal democracy? 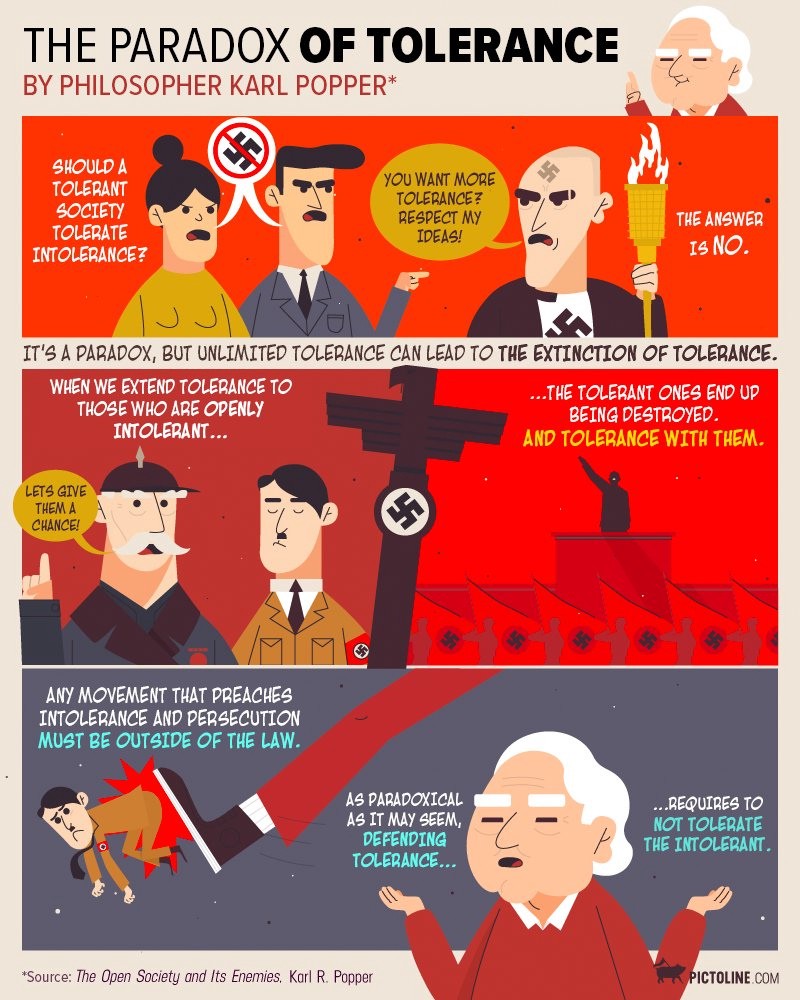 Right-wing being prominent and having a platform and power is strictly anti-democratic because they advocate for the rights of a tiny minority to oppress the masses. I am not sure what you mean when you say democracy here because people have at least some say in decision making is critical in ensuring a functioning society. Democracy is a multi-dimensional concept and the image just contents one tiny aspect of it that is the multi-party elections. That’s why I asked whether you meant democracy in general or liberal democracy but your response is a bit confusing because you say “democracy in general” then post an image that is strictly a critique of liberal democracy.

Democracy nowadays is just a word that someone uses to make his/her will just because.

To state something (Western parliamentary democracy does not work in practice for example) and support that with a link to one study is a flawed method of reasoning. In fact if someone comes up with just one example that supports the opposite the statement has to be rejected or rephrased.

The US is probably a very poor example of a parliamentary democracy since the whole system is designed the favor the white voters with the stupid winner takes all principle and voter registration. It probably wouldn’t pass the test of a proper democracy of any kind.

A proper parliamentary democratic system does have a proper representation of minorities that have actual influence because of changing coalitions (and therefore changing majorities) every time new legislation is being created and brought into vote.

It’s hard to compare parliamentary democracy with e.g a consultative democracy here objectively without degrading into sentiments of national superiority (e.g US vs China) which frankly I despise and consider very non-productive.

The trends across majority of countries across the western world are pretty similar. People are largely discontent with their governments with active rioting in many countries. Quality of life has been decreasing, work hours getting longer, and wealth gap becoming astronomical. These are not governments that are working in the interest of the public.

But that’s not necessarily due to representative democracy. In fact IMHO it’s more likely caused by Capitalism that’s tearing the world apart whether in China or the US. When studying these (perceived) patterns it’s very tempting to confuse a prejudice with a causality. That also applies to me of course. BTW: I did a little comparison in the top 5 happiest countries (Finland, Denmark, Switzerland, Iceland, Netherlands; source: World Happiness Report of the UN) between 2019 and 2021 and I rather saw an upward trend in happiness than the opposite which doesn’t seem in line with growing discontent.

Representative democracy is precisely what perpetuates capitalism. Lenin provides a great analysis of this relationship in The State and Revolution.

Meanwhile, this is clearly not the case in China. Quality of life in China continues to steadily improve with every decade. Poverty has been effectively eliminated. In fact, China is the only place in a world where any meaningful poverty reduction is happening. If we take China out of the equation poverty actually increased in real terms:

If we take just one country, China, out of the global poverty equation, then even under the $1.90 poverty standard we find that the extreme poverty headcount is the exact same as it was in 1981.

The $1.90/day (2011 PPP) line is not an adequate or in any way satisfactory level of consumption; it is explicitly an extreme measure. Some analysts suggest that around $7.40/day is the minimum necessary to achieve good nutrition and normal life expectancy, while others propose we use the US poverty line, which is $15.

China also massively invests in public infrastructure, they built 27,000km of high speed rail in a decade. 90% of families own their home with 80% of these homes being owned outright, without mortgages or any other leans. Wage adjusted for the prices you pay has gone up 4x in the past 25 years, more than any other country, and people enjoy a high level of social mobility. China also chose to prioritize public health over business interests when handling the pandemic, something that didn’t happen in any major capitalist state.

Also worth noting that Finland, Denmark, Switzerland, Iceland, Netherlands accounts for a tiny portion of the overall western population. So, even if we accept those results at face value, many bigger capitalist countries like France, UK, Canada, and US are having very turbulent times. You don’t have country wide protests happening when people are happy.

Capitalism first occurred in the 19the century UK which had a representative democracy leading to the assumption that these two were forever connected. However Capitalism can be found (or has been found) in a wide variety of political systems including fascist regimes, absolute monarchies and single-party states. Surely China itself has been able to manage economic growth using some of capitalism’s competitive principles.

I’m not disagreeing with the major advancements that have been made in China and it’s definitely a consequence of the successful policy implemented by the Chinese government. But we shouldn’t be blind to the fact that China is no 94 in the list of worlds happiest countries in the world. So economic growth doesn’t guarantee that people are content.

So let’s extend the list of countries with the top 15 of the worlds happiest countries and we can conclude that this contradict your conclusion that parliamentary democracy does not work in practice. Like I said it is a flawed method of reasoning to take a few examples to draw general conclusions about one political system or the other. Certainly when other examples that support the opposite conclusion are left out.

I’m not saying that China is a bad country (on contrary) but it’s not very productive to declare on country or political system superior. It only leads to nationalism which in turn can only lead to bad things. And with that I’m going to leave this exchange. One has to sleep sometime.

Capitalism is obviously compatible with different political systems. However, my original point was that parliamentary democracy is very good at keeping capitalism alive in western countries, not that it’s the only system compatible with capitalism.

As I’ve already pointed out, the happiness index clearly seems to be at odds with reality because happy people don’t organize country wide protests. Here’s a discussion of why such metrics can be very misleading:

Savolainen even theorizes that this inclination toward moderation shapes residents’ responses to the happiness ranking’s central question. “The Nordic countries are united in their embrace of curbed aspirations for the best possible life,” he writes. “In these societies, the imaginary 10-step ladder is not so tall.”

It’s much better to look at metrics around material conditions in the county that have tangible impact on the quality of life for the people living in the country.

And I completely disagree with you that political systems shouldn’t be compared. Instead of looking at it as a nationalistic competition, try to instead view it as a a way to learn from others. If one country manages to continue improving life for their citizens and another doesn’t, then perhaps the one that doesn’t should reexamine what it’s doing.

i think Switzerland is the only true democracy. ROI is maybe a debatable case.

if you ask, for example the UK government (or someone who was taught in a UK school) which states are democracies, the answer you’ll get will just be a list of the UK’s allies.

politics uses “democracy” as a buzzword meaning good, right, friendly. they don’t associate it with any technical definition.