external-link
Mumble is an encrypted text and voice chat for passionate communities.

I assume there’s no relation to the original Mumble? https://www.mumble.info/

Also, can someone link the source code?

I assume there’s no relation to the original Mumble?

It was a coincidence. We did not heard of mumble [mumble.info, editor’s note] before this. We do not share the same code base and our brand are totally different.

Pretty interesting that someone who claims to work as Product Design Lead at a YC S17 startup (pop meals, ex dahmakan) didn’t find mumble, which is literally the first google search result on a new profile in VPN and even has a Wikipedia entry. I wonder why?

What the fuck, why the hell would they name themselves mumble, just like the already existing voice chat application. I will never support people who do something like this.

Exactly. They probably deliberately confuse users to install their software and in consequence harm an existing FOSS project. Deplorable.

It seems pretty interesting but as always the biggest problem is gonna be the user base. But since it looks much more like Discord than Element does, I guess it’s gonna be a bit more easy to get your friends to join. So yeah I also think it’s worth a try.

Edit: I thought this was open-source. Therefore I would not try it until they open their sources (if only they want to do so).

The problem is always that, no matter what it is, evento if it’s better. If people are usted to somethung, they won’t change it and I bate that :/

I love this, I was looking for a Discord alternative (on alternativeto.com) but I couldn’t. Thank you so much for this, I’ll test it.

Mumble is open source tho?

Edit: nvm this isn’t the Mumble

Genuinely clueless, is XMPP relevant anymore? I consider myself reasonably technical, and when it comes to chat, here’s what comes to mind:

If I was to use Gajim, who would I talk to? e.g any communities or projects

I see what you’re saying in that if I were to use a ‘pure’ XMPP client or server, I’d have trouble knowing who to talk to. Lemmy itself doesn’t use it, but rather uses Matrix!

But XMPP is still incredibly relevant behind the scenes. It powers an absurd amount of software. An amount of devices equivalent to 2/7ths of the world population use it only in push notifications for Google and Apple services. This is vastly under-counting total use-cases, since XMPP is also implemented in plenty of messaging services (including WhatsApp), in organizations like the US military, and Internet of Thing devices.

But these are invisible. So, as to your experience, it makes sense that XMPP is hidden rather than visible.

You could say Matrix should be similar, given it’s just a protocol and the clients are the things we interact with. But I imagine having a foundation that so far works well to abide by its mission, having a company that advertises Matrix, governments that use it, and people like us who use it and let us know about it —all of that— makes it so that we use and talk about about Matrix and not XMPP?

I didn’t know push-notifications use XMPP. In the light of new (to me) knowledge, I’d like to rephrase my question:

Are XMPP clients (e.g Gajim) relevant today? If I were to use one, what would I use it for?

I don’t know, but if it will be operational again, I’ll ask the devs. It may be open, but I did not can find it.

if it will be operational again, I’ll ask the devs.

I asked them and:

The project is currently defunct and we are on the lookout for dev to continue building in this. Let me know if you know anyone who are interested in this space.

I think it is, to be honest.

Okay, looks like I’ve found something. It’s based on Blockstack. Blockstack is open source. [https://en.wikipedia.org/wiki/Blockstack]

For an app made by a UX team, their mobile website’s UX is pretty shitty. 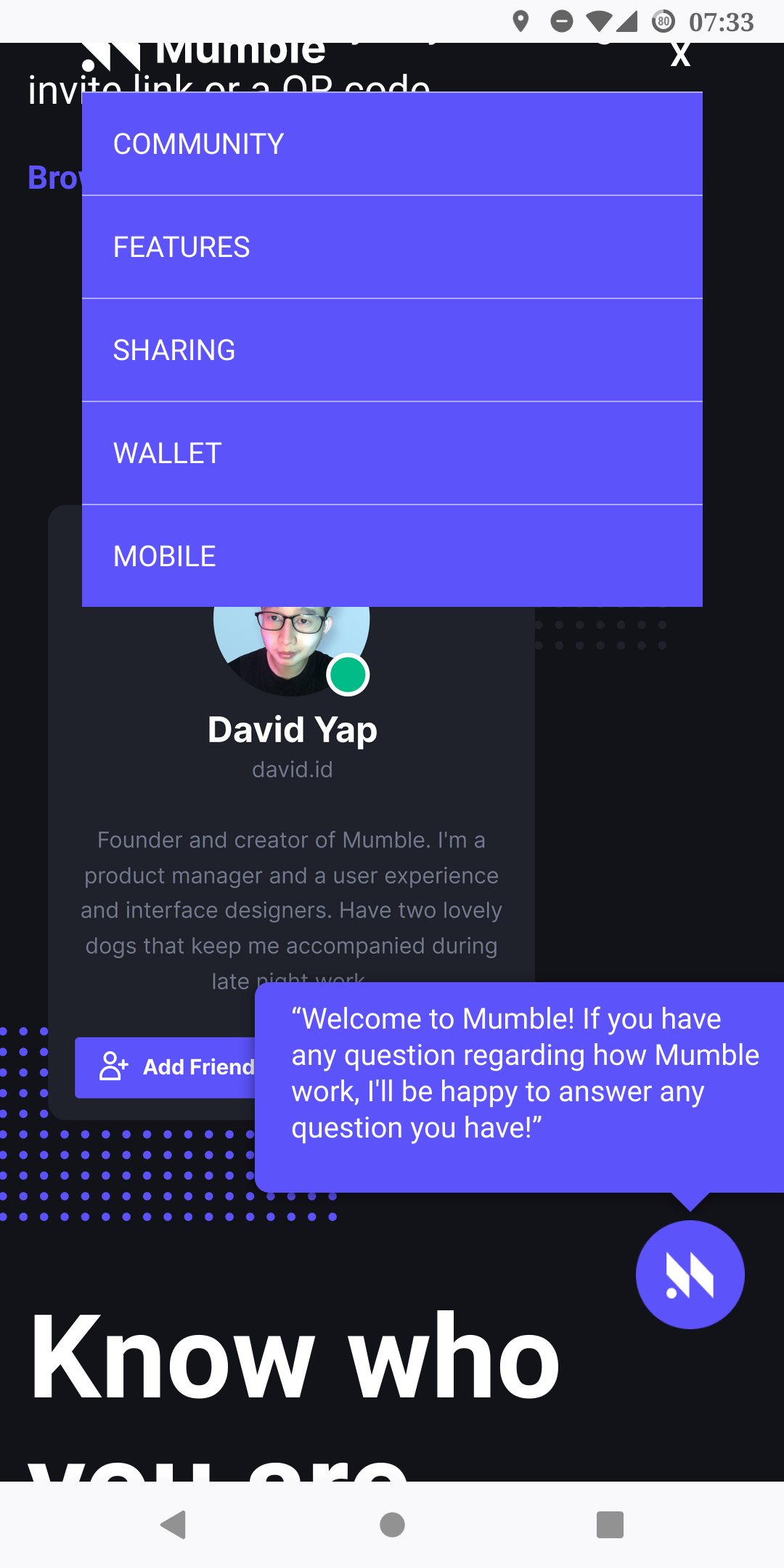 Open source is at the foundation for privacy, so I’d suggest posting again once they publish their code. For now I don’t think it’s relevant here.

I’m mostly just annoyed they seem to be riding on the name of an actually privacy-suitable piece of software that does the same stuff, just not nearly to the same extent as Discord does.

yet they claim to know nothing of mumble.info…

A place to discuss privacy and freedom in the digital world.

Privacy has become a very important issue in modern society, with companies and governments constantly abusing their power, more and more people are waking up to the importance of digital privacy.

much thanks to @gary_host_laptop for the logo design :)