My first laptop was a Surface, so was my second, both having the magnetic Surface Connect port. Recently though, I bought a new Lenovo Thinkpad, which charges via USB C. My first thoughts were that the USB C was a lot less convenient. With a magnetic connector, I could just wave the cable at the port and more often than not, it would connect without me even having to look at it, whereas with the USB C port on the Lenovo, I actually have to tilt my head toward the side of the laptop and visually find the port before I can plug it in correctly. I know that USB C is tons more versatile than a proprietary port and especially more versatile than a proprietary and charging only port like the older MacBooks had, but IMO they’re a lot more convenient for charging itself.

If there was a campaign to make a version of the USB C or Thunderbolt connector that was magnetic, would you support it? Theoretically someone could just publish an open source design for a magnetic port that is pin compatible with USB C. As long as the open source project says it’s just a generic 20-pin port that can carry whatever signal, there wouldn’t be any licensing issues with the design itself, since some manufactures do have custom ports that can carry USB C or Thunderbolt signals, right.

Magnetic port manufacturing can be very expensive and complicated compared to USB C, which if goes dud, can be replaced for as low as $5. Good luck with replacing magnetic interfacing.

I thought the magnetic ports on my old macbook were amazing until they just kept breaking. After 4 replacements, I’ll go with cheap and reliable.

I am stuck in the micro-USB B.

LMAO grandpa get on board to USB C with a new phone, whenever you upgrade (I guess soon).

BTW, the new phones I get are with that too. Mostly because my new phones are second hand ones. I have some of them for testing and as replacements to phones in home and I choose them based on the price and support of LineageOS.

Additionally, I set that every phone must be in my hand for, at least, 5 years since I buy it. I already bought my replacement phone 2 years ago (this one is the only with USB-C in home) and must wait until the current one gets 5 years to replace it with the “new” and maintain it other 5 years (+ the year already in home waiting).

I see anti consumerism… based! I have kept my phones for 3 years each until now, as the hardware used to get insufficient due to the abundance of Cortex A53 based midrange phones. Now I think I should enter fourth or even fifth year easily, with the A73 powerful cores.

Also that earlier I was into too much of mobile gaming during my college days, and that has gone down immensely.

I don’t waste more than 90 euros in a new phone to be exact.

My first phone bought by me was the only exception as I was starting with LineageOS at the same time and didn’t know other reilable models (well, I didn’t know how to recognize them at all and didn’t trust in myself for that as second hand store don’t use to see well returning something without a reason they accept).

Quite strict budget. I get a brand new $250 phone every 3-4 years like regular people, except I also get a case and screen protector to prevent any breakage, and of course SD card slot and 3.5 Jack to avoid planned obsolescence corporation money making tactics.

Think that my computer costs 80-90 euros without accesories (monitor, keyboard and mouse) and with 5 euros of ingredients (maybe 7 with pandemic prices) my 5 people family can eat for day making an all-vegetable + legumes potage.

You seem like someone I know lol, but that is just coincidence as they are not vegan. Neither am I, as I do MMA and HIIT training.

There is nothing to do between veganism and that. Veganism is not a diet (but it involves one) and most gyms provide alternative supplements for these kind of training. Ingenio’s village is famous by some traditional sports here so it is something even extended. It is usual to see a lot of gyms near to home for different things.

Respect to my family, the potage in that kind is a tradition here from Franco’s era as most families could not afford common food and Ingenio was nearly always an agricultural place. I am the only vegan in my family.

Vegan diets can never fulfill the needs because of bioavailability index of protein foods and other micros that I need. For an egg (I eat 5 a day), I would have to substitute atleast 10 veggies in plentiful amounts and still it would be incomplete for my BCAA and Vitamin K and such needs all year.

Also I have my own gym at home, and I am my own trainer and nutritionist. Learnt nutrition from Krause’s Food, Nutrition and Diet Therapy, a book my dad has. 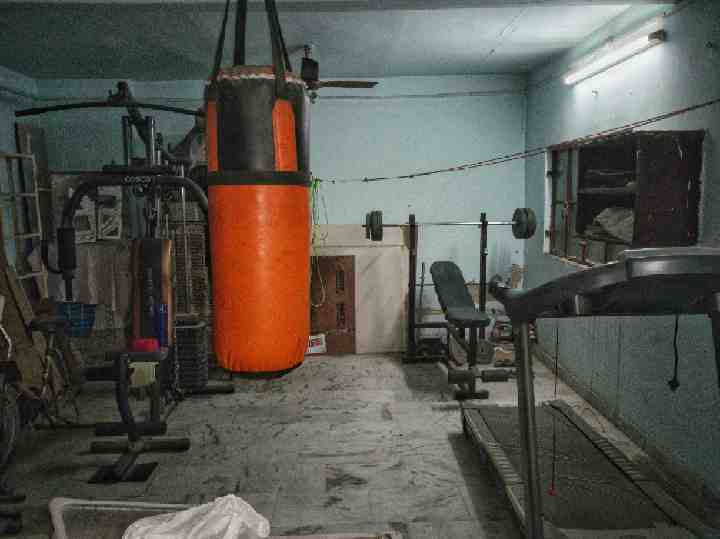 Then, I must guess you know what I am saying.

I have nothing to add as everything was given in the message before.

LMAO no need to be so formal, I am a pretty chill person.

I used a knock off version of the Volta for a bit. It’s very nice to have for a desktop setup but if you move your device around often, well good luck finding the adapter. You’re gonna lose it unless your port has an iron grip