What do you think about Seaspiracy?

What do you think about Seaspiracy?

Seaspiracy, a filmmaker sets out to document the harm humans do to marine life and uncovers alarming global corruption.

Has this convinced you to stop eating fish?

Not a fan. They use a lot of hyperbole. They make several meaningless, misleading, or outright false claims.

They also act very paranoid and stage “persecusions”. I was reminded of the time that the Sea Sheperd’s captain pretended to be shot by the Japanese on Whale Watchers. They are willing to play dirty tricks and lie in order to push their agenda.

can you give examples?

The average human has no intuitive feel for the number of stars in the milky way nor the average size of a microplastic particle. Comparative stamanets like “a fly in a football field” make sense because the average can actually wrap their head around those scales. This is not the only comparison like this, there are a lot. Misleading: When they find boats unloading Pacific Bluefin Tuna, they we have reduced the population to 3%. The species they recorded is vulnerable and should be protected, but they distorted the data from the IUCN red list. There has been a decline of 33% over the last 22 years, with a current rate of -1.16%. I believe that they quoted the worst recorded spawning stock biomass and claim (SSB of 4% of estimated unfished levels in 2014) and twisted that statistic. If you look at the trends, this is not a good measure of the total population of the species. https://www.iucnredlist.org/species/170341/65166749#population

Another misleading claim: If one species go extinct, the population of its pray repidly explodes and consumes the next trophic level until they go extinct, and then starves to extinction. This starts a chain of extinctions. This is not an ecologically realistic scenario

False one: One that appears to be very false from the information that I could gather is the claim that longliners use enough longline to wrap the entire world 500 times each day. I tried to find how many active longliners there are, and according to an outdate review it was a few thousand. You need about 440,000 large longeliners fishing daily to get these numbers.

I guess they wanted to show that there are an astronomically large number of plastic particles floating around. Maybe it would be more relevant to say how the current concentration of plastic particles affects sealife but I don’t think this is very well understood at the moment.

I believe this is the paper they were referencing regarding the pacific bluefin tuna. It states that:

Which is what was said in the documentary. I am not an expert so I don’t know the nuances between the IUC data you gave and this data.

Another misleading claim: If one species go extinct, the population of its pray repidly explodes and consumes the next trophic level until they go extinct, and then starves to extinction. This starts a chain of extinctions. This is not an ecologically realistic scenario

What part of this is unrealistic?

Yeah, I get what they mean - that there quantity of micro plastics is very large, and that that is an issue. In order to make that point, they make a claim that sounds quantitative “500 x # of stars in milky way = # of microplastic particles in the ocean”.

Without explaining how a microplastic particle is defined, their statement gives us quite literally no information. So it really is a meaningless statement.

They then show the following graph:

They are citing data from the organization that you cited above. Here is a more recent report: https://www.wcpfc.int/node/47311

Their claim in the documentary is very clear: The total population today is 3% of the population in 1970, and that it has been sharply decreasing.

Even if we put aside the fact that the SSB is not equal to the population, this is not even true for the SSB! The SSB has been increasing since 2011, and it is at 6.4% of the estimated unfished levels last year. You can try comparing the graph that they show with the graphs in the document, and you can easily confirm that they just made up that graph. They are fabricating data, and I don’t think that that is acceptable.

Now, with regards to the SSB, the SSB is a parameter that does tell you about the health of the population, as it is the amount of individuals of reproductive age that are found in the area. However, you can’t just say that the SSB is equal to the population. The reality is a lot more complicated.

With regards to the third part: 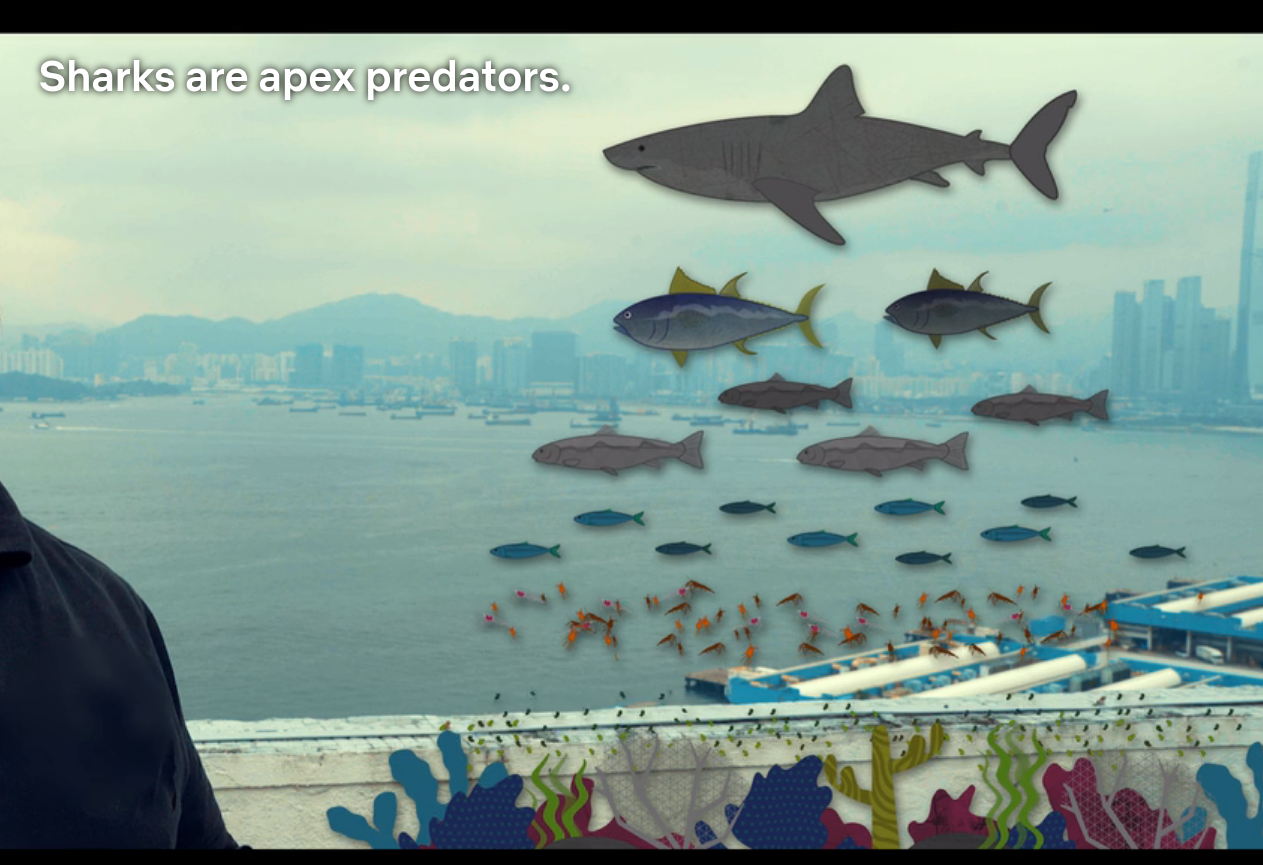 How is this different from removing the shark and saying: “Tuna are apex predators”

Both predation and food supply play a role in controlling the carrying capacity. While it is possible for an ecological imbalance to result in an extinction, it is not what will generally happen. Population dynamics are complex!

Thanks for putting the effort in, that was really detailed!

oh my gravy, that graph is abysmal. it’s like those graphs prager u vomits out.

They value animal life and believe that humans have no right to take them. They think that animals deserve a cruelty-free life, and that the methods that we use to consume them is cruel. When discussing sustainable practices, they make it clear that in their view there is no such thing as sustainable, because causing suffering is not acceptable. Their agenda is to save the animals from humans.

I agree with their goal, but I am not the kind of person that thinks that the ends justify the means.

I haven’t seen it so I can’t comment on the claims it makes.

I am curious, what do you think that I mean when I call something an “agenda”?

The documentary didn’t say “there is no such thing as sustainable, because causing suffering is not acceptable.”

It said that the definition of sustainable can be stretched to the point of being meaningless and this is why it is used by politicians and interest groups so much.

All fish? I haven’t seen the film but I had understood that some species were sustainably caught. What were some of the arguments made?

The film explains that the idea that some species can be sustainably fished is a lie because:

Additionally, parts of the fishing industry have been controlling anti plastic campaigns that focus on relatively inconsequential things. Plastic straws make up ~0.03% of plastic in the ocean. Infact, the majority of plastic in the ocean is from the fishing industry, whats more since fishing equipment is designed specifically to trap fish, it is much more harmful than plastic polution from other industries.

This doesn’t even cover half of the nasty shit that is happening. Please watch the film, it explains this in much more better and in more detail than I will.

bruh imagine if I murdered you but sustainably 😳😳😳😳👉👈 jk jk

Hi, I’m a local-only, sustainable human meat farmer. Our grass-fed, free range humans enjoy a number of activities until the age of 9 ( the harvest age ), such as ball playing, swimming, and screen watching, and are well cared for. We promise to provide only the highest quality ethically raised human meats.