www.globaltimes.cn
external-link
China has sent the outside world a clear signal that it has zero tolerance for fake news Thursday by banning the broadcast of BBC World News in Chinese mainland. The decision comes as no surprise. For quite a while, BBC has been no longer a news organization that upholds objective reporting, but has degraded into a rumor mill with no bottom line. It’s fair to say it has become a vanguard in the West in concocting and spreading rumors and lies about China. BBC also views almost everything concerning China with double standards. And now, it is paying the price for what it has done.

For all you folks who are complaining about China being scary or censoring “real news,” please realize that the UK did not renew the CGTN’s license in the UK a week before China took their action.

Whatever your belief is in “state journalism,” you absolutely have to realize that the CGTN and BBC are the same kind of news agency.

If you have evidence that the CGTN is more biased than the BBC is (careful searching, you’ll probably discover the opposite is true), please feel free to provide sources. Otherwise, recognize this for what it is. A refusal of each nation to allow the other to spin news in their respective countries.

Let’s be honest, China is a horribly-lying country too. But what makes them way scarier is they censor legit news and imprison people with dissenting views.

Is strange how people have faith on governments. Politicians can be trusted, but you can’t trust a government.

I’m not sure what you mean, but there is hardly a sane person in the US that trusts over half the politicians in the US. Corruption is corruption and I’m not trying to make it a contest. Nobody needs to be overly positive about either the US or China-- both are awful right now. China’s scarier though.

How’s China any worse? All of the surveillance they do, the U.S. does too, as far as their global expansionism, they use soft power much more than hard power.

I am reminded of… 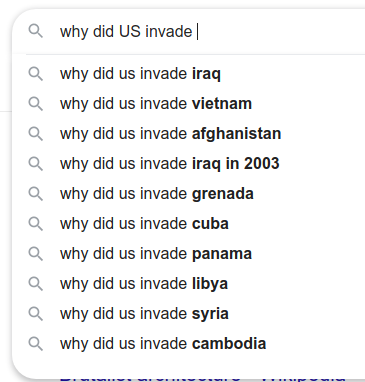 Why are anti-China even in this community? Lmao. These folks should go to literally any other community with their anti-China propaganda with no evidence or sourcing. This isn’t reddit.com/r/China. We should expect people to have sources to back up their bigotry.

Are you serious? I’m anti-US in a lot of ways too. If China does something bad, they do something bad. Is Lemmy really going to be the kind of place where we pretend China does no wrong, and where we completely ignore their atrocious violations of human rights? Are you going to delete my posts/comments for mentioning Hong Kong or Tibet too? I’m going to complain about the US as well, but last time I checked we didn’t ban Animal Crossing nation-wide because someone said “free Hong Kong” on it.

You’re anti-US, but you believe the US propaganda…?

Are you trying to say that criticism of China is a US thing? Do you want to actually address points of criticism or do you want to keep playing the Spider-Man pointing meme game?

No, criticism of China is needed, yes, but you are not doing criticism, you’re spreading lies.

Imagine trying to say that China is the good guys in the Hong Kong protests.

Imagine trying to say that China is the good guys

Walks into a /c/China community

Imagine violating the rights and autonomy of dozens of states and obfuscating and deflecting the truth constantly because you don’t like looking bad. Imagine the cognitive dissonance, internal crises, and doubling-down one has to do to defend China as a non-lying, non-rights-violating state.

Oh, I’m sorry. I didn’t realize that allegedly succeeding against poverty makes up for the Muslim genocide or censoring free speech by banning Animal Crossing because someone said “Free Hong Kong”, and everything in between. : /

You people are not just hopeless, you’re evil. Please stop being as bad as r/conservative.

“you’re evil” I am not the one endorsing CIA-promoted hashtags and colour revolutions… I don’t defend everything China does, but your accusations are typical of an average Reddit user. When your arguments bring reliable sources and you don’t get them from Radio Free Asia, then we can debate about the bad and the good things of China’s government.

You take criticizing China as liking the US which is not the same. Both suck :/

If you want to criticize China, I am open to that. Just make sure it doesn’t exactly resemble U.S. propaganda at a time when they are escalating their anti-China rhetoric, not because of human rights (the U.S. has a horrible record, for example more people are in prison in the U.S., than in China, which’s a larger country), but because of geopolitical dominance.

I didn’t leave Reddit to face bad faith arguments like this. The US has its major injustices, but it doesn’t round up political disagreers and Muslims and send them to re-education camps where they torture and murder them and harvest their organs. The US does really badly mistreat and enslave prisoners, and it does some really bad things at the ICE, but it sure as heck isn’t comparable to what China does.

But this isn’t a contest between the US and China. Injustice is injustice and I’m not going to pretend it doesn’t happen-- regardless of what country we are talking about.

The US has its major injustices, but it doesn’t round up political disagreers (oh, dear Chelsea Manning would like to differ…), and Muslims and send them to re-education camps where they torture and murder them…

It was you, who first claimed China is worse (a comparative, not an equating statement)…

The US doesnt reeducate Muslims, instead they drop freedom bombs on them. Wait, why is that better???

Remember that time China banned Winnie the Pooh nation-wide, or that time China banned Animal Crossing nation-wide because someone said “free Hong Kong” on it? How about the fact that China won’t allow Nintendo consoles in its country because it needs to control every message from every piece of media going into the country? But no, let’s just downplay censorship in China and claim everyone else is a politically-motivated liar. That’s cool.

I’m not anti-China. I’m anti-lies. Get your stuff together.

I can’t imagine how incomprehensible this whole thing must be to Xi Jinping.

Winnie the Pooh was never banned in China, it’s just another ridiculous lie drummed up by the West to rile up Westerners against China.

Animal Crossing is not banned in Hong Kong, but rather in mainland China. Apparently because the people involved at the Hong Kong’s side used a form of ‘dehumanizing’ language against the mainland people, what that means I do not know.

Still, I do not think the ban was needed, nor necessary, but that is a matter for the people of mainland China to decide for themselves, because they understand their own culture best.

Animal Crossing is not banned in Hong Kong, but rather in mainland China.

Yeah, I know. I didn’t say it was banned in Hong Kong, friend.

Apparently because the people involved at the Hong Kong’s side used a form of ‘dehumanizing’ language against the mainland people, what that means I do not know.

Again, you are sadly mistaken: https://www.osnews.com/story/24074/us-government-censors-70-websites/