90% of The World Doesn't Back Us Right Now

yewtu.be
external-link
Ninety percent of the world doesn’t support NATO’s proxy war in Ukraine but you wouldn’t know that from consuming corporate media narratives. Lee Camp brings the facts on this under-reported story.

It’s a bit disappointing to ask “where did they get the percentage?” before immediately giving some uncited ones of your own: “individual nations, majority of them supports Ukraine (and US/EU etc)” and using an article from a conservative ‘think tank’ (wiki link) when complaining about propaganda.

There was a second vote and percentage changed dramatically. Ukraine’s latest proposal to condemn Russia has attracted the backing of just 58 out of 193 UN member states, a far cry from the number that symbolically supported Kiev in the General Assembly in March. You are a liar with pants on fire.

It’s not a totally different thing at all. Only 58 UN member states chose to make that statement. That’s the relevant result. Another relevant result is that practically no countries outside the west is participating in the sanctions circus. You keep on doing you. Really hope you get paid for this with the amount of work you put into your trolling.

If the level of support hasn’t changed then why did only 58 countries sign up for this joint statement? 😂

Yeah, countries voluntarily chose not to sign that statement. If countries felt strong support for Ukraine then they’d be signing the statement. I’m not sure how anyone could fail to understand such simple things.

It’s not how anything works. In fact, voluntary statement is far more representative of how countries actually feel because they’re not required to sign it.

Yes all those non-white have nothing more to worry about than Ukraine.

Your account should be labelled as NATO propaganda and banned. It is against the rule 2 of being nice and respectful.

You also use think tank articles as evidence, so that is even more propaganda. Violates rule 3 of this community.

I know very well what people like you are trying to do on Lemmy. Your reactionary behaviour will not change anything here. Maybe it is effective on reddit.

Its similar to The Daily Show, just unredacted, so of course its entertainment. Yet the data is sourced from The Wall Street Journal, The US Congress and The U.N., not to mention the U.S. fell 25% below its recruitment goal this year, which is more than 18%.

Nonetheless, all the title is simply referencing is the fact of all the developed countries, 90% are not willing to help whatsoever in Ukraine. Did you watch the 6 min video? US is also now ranked between Cuba and Buliva by the UN, both of which are widely known as developing countries.

I get Russia over stepped bounds but there’s a logical way to approach disputes and for us to handle it similar to the other 250 military actions since 1991, I’d have hoped we’d at least learned something. At least spending the money on helping at home would provide benefits we can see vs messing up the planet and innocent folk world wide over the last 30 years.

Condemning the invasion is not the same as supporting Ukraine. Even more so if the criteria for support becomes material help, whether through aid to Ukraine or sanctions on Russia.

You are free to list all the developed countries

This is incredibly racist, to only care about what rich “developed” (IE euro-supremacist) countries have to say.

To be fair he does care about one not developed country the most. /s

Lets play this game. You posted a link from the magazine, national interest. Here’s what they say about themselves:

For over almost three decades, The National Interest, founded in 1985 by Irving Kristol and Owen Harries, has displayed a remarkable consistency in its approach to foreign policy. It is not, as the inaugural statement declared, about world affairs. It is about American interests. It is guided by the belief that nothing will enhance those interests as effectively as the approach to foreign affairs commonly known as realism—a school of thought traditionally associated with such thinkers and statesmen as Disraeli, Bismarck, and Henry Kissinger. Though the shape of international politics has changed considerably in the past few decades, the magazine’s fundamental tenets have not.

Lol omg look at this magazine: 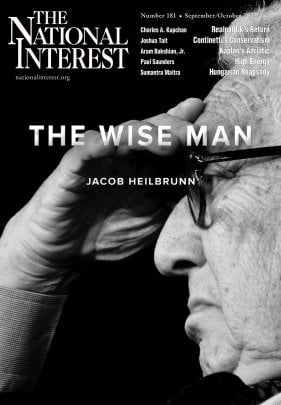 You mean the poll of 1000 random adults in America? Yup, very credible.

I hope you are paid

Did this guy really getbanned for arguing? Grow a fucking spine and cope. Banning for something like this is extremely childish. Apparently arguing a point means you’re ‘fighting’ with other users. Really disappointing mod action.

They did have a couple of deleted comments that were correctly hit for rule 2 (although it’s still inconsistent moderation, seeing how worthless insults like this stay up) but being banned for arguing with many people? That’s beyond reasonable. This is a political thread, a bunch of users disagreed with a poorly-made but legitimate critique, and the person gets banned for replying to many of them?

Might as well say ‘this is an echo-chamber, controversial opinions are banned’. I agree, very disappointing, and not based in the site or community rules.