I've been cooking up a system information fetcher

I've been cooking up a system information fetcher

It’s called Macchina, and at first sight, it appears as a Neofetch clone, and that first impression is kind of on point. But, I’m trying to offer things Neofetch does not, like speed (because it’s written in Rust) and other cool little features! 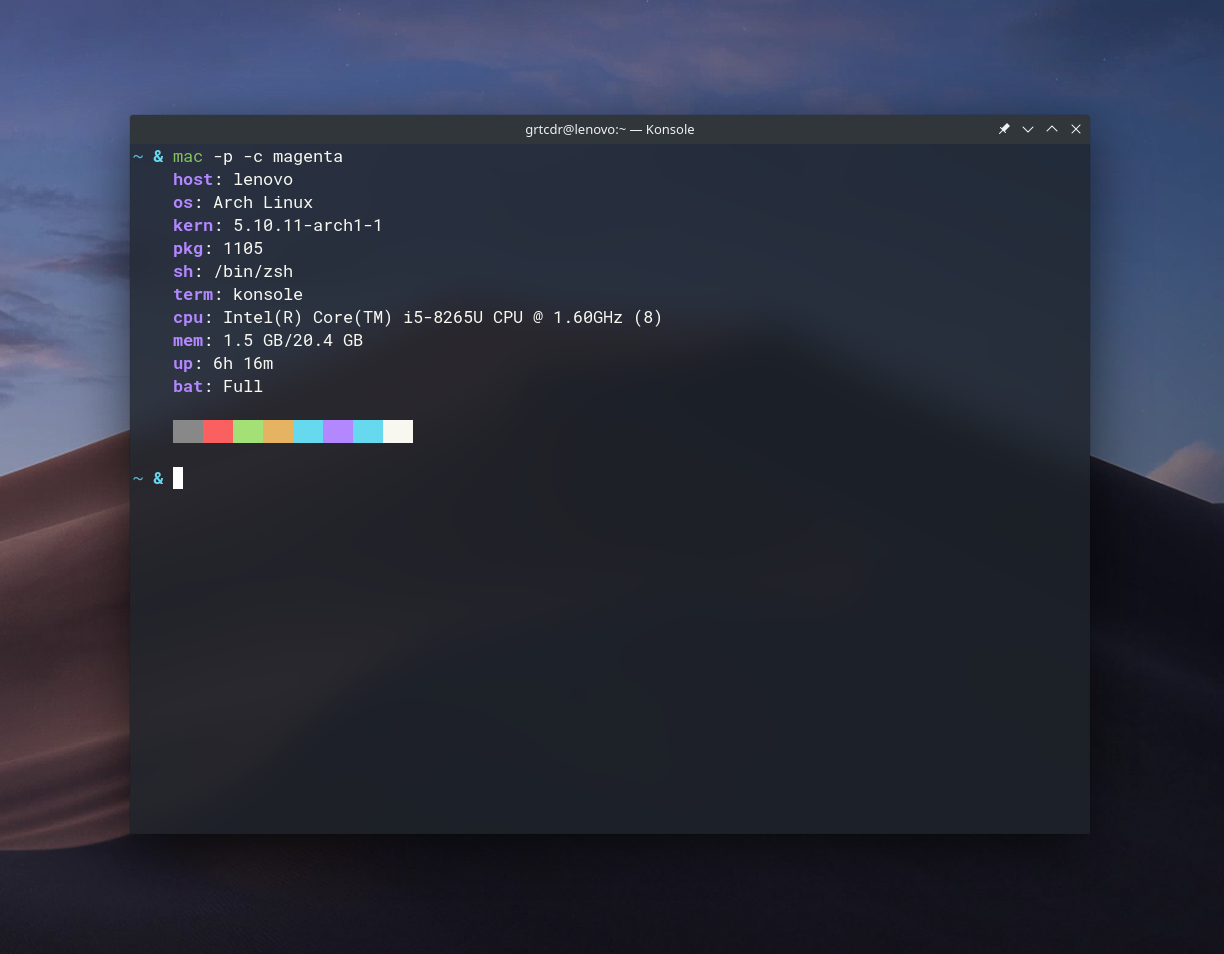 Hell yeah a rust-based alt for neo-fetch! Nice job, I bet this was a great learning project too.

Thanks a lot! I was very afraid the community might lash out because there’s already hundreds of fetchers out there, but it really did start as a learning project, and I’m enjoying it a lot, Rust really is as awesome as they say!

Ya, a lot of people rag on the “rewrite everything in rust” meme, but obvi I think its a really good goal (otherwise I wouldn’t have started lemmy), and these are great learning projects.

I hope the meme never dies haha! Also, I didn’t realize I was talking to Lemmy’s creator, I gotta say, this website works and feels really nice! The load times put reddit to shame, and the ability to theme, is also amazing!

You’re welcome! just noticed you posted about Macchina over at Rust, so thank you for that :D

I’ll make sure to do that, thanks :D

@someone
link
fedilink
3•
edit-2
un an

Is there anything wrong with them?

Thank you so much! I’m doing the best I can to keep them as low as possible because Macchina runs every time I open my terminal, and I can’t have anything slowing it down.

From Wikipedia, the free encyclopedia

Linux is a family of open source Unix-like operating systems based on the Linux kernel, an operating system kernel first released on September 17, 1991 by Linus Torvalds. Linux is typically packaged in a Linux distribution (or distro for short).

Distributions include the Linux kernel and supporting system software and libraries, many of which are provided by the GNU Project. Many Linux distributions use the word “Linux” in their name, but the Free Software Foundation uses the name GNU/Linux to emphasize the importance of GNU software, causing some controversy.