Stoic, often fatalistic population paid little attention to talk of House speaker’s visit – until it was confirmed
alert-triangle
You must log in or register to comment.
@AgreeableLandscape
mod
admin
link
fedilink
6•
edit-2
2M

Aww, did they realize that the US is an asshole and doesn’t actually give a shit about them?

I fucking swear do people not know what a goddamn Civil war is?

What was missing to fix the year, that China now happens to invade Taiwan. Stop the World and let me out.

You realize Taiwan is part of China?

Ask Taiwanese about it :)

Do you mean the Republic of China?

You forgot to add the prefix: “People's”
People's Republic of China

Oh that is why Taiwan has it’s own passport, currency, government or why Americans don’t need a visa to go there but they do to mainland china.

The passport in Taiwan says that it’s part of China. 😂 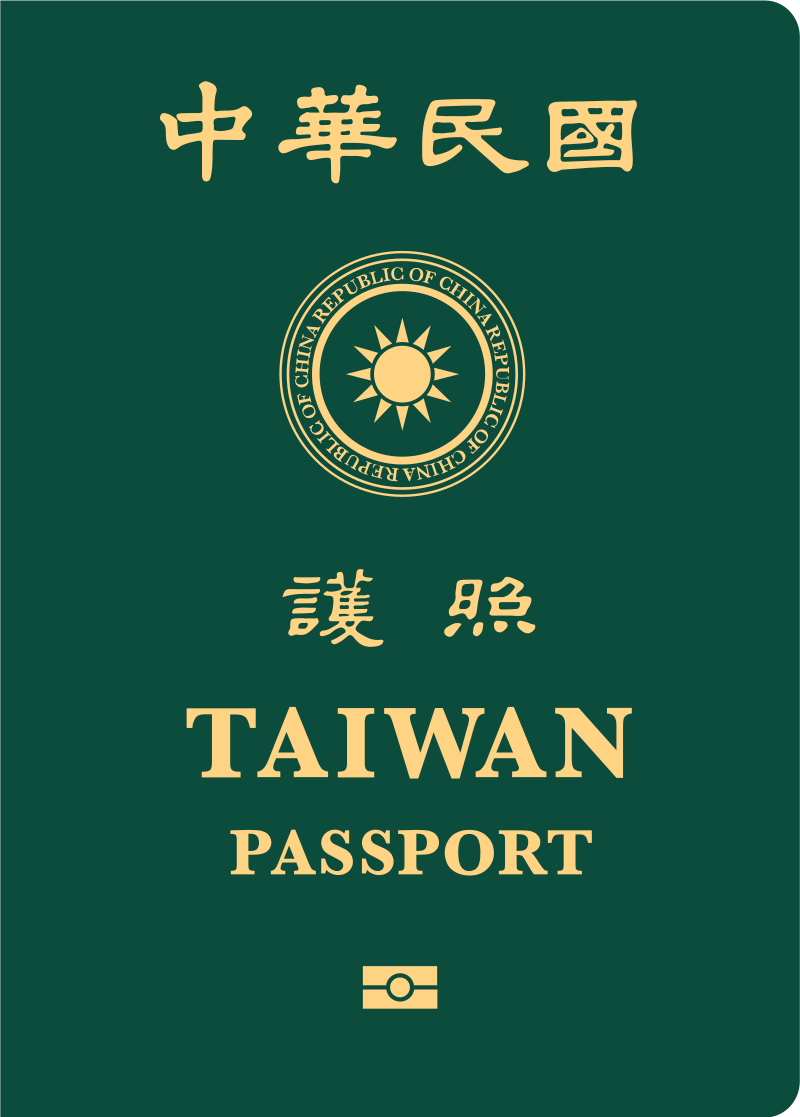 Edit: Hilarious this has downvotes, 4 people triggered but 0 people have a comeback

You should read about the One China Policy which both PRoC and RoC agreed on. The point of contention between the two entities is regarding who believes they are the legitimate leaders of the entire thing.

you’re in this picture https://www.youtube.com/watch?v=XKkOI69fbU4

Wow, begging the question fallacy from the guy that claimed whataboutosm earlier!

Americans don’t need a visa to go there but they do to mainland china.

because Taiwan is an american puppet state, idiot

That is what China says and Taiwan don’t want. They want independency and democracy.

This is literally the position of the UN and pretty much every country including the US. The status of Taiwan is not in any way ambiguous. 77 years ago, China, the US & the UK issued the Potsdam Proclamation, resulting in the surrender of the Japanese Empire and reaffirming that all the territories, which included Taiwan, Japan has stolen from the Chinese. Nothing changed since then.

The polls for the people in Taiwan indicating they want to separate since then have changed. Taiwan is indisputably part of China from a legal perspective, but lots of Taiwanese want a referendum to get out.

newsflash, the ROC government doesn’t give a shit about those people

It reminds me too much of Russia-Ucraine and the danger that the same barbarity occurs to China. Taiwan may belong to China, but if the population does not want to conform to China’s restrictive system and wants to become independent, it is their right to do so as a political decision, which must also be resolved through political means and not by military force. Subduing a population by military force can never be a way to solve these things and only shows the lack of political maturity on the part of the invader. This is an outdated reaction from other feudal times, of subjecting a population to force. Already independent of the consequences at the local level with this complex network of mutual dependencies on each other at the economic and mercantile level. In any case, I think that as the economy enters a recession, that is to say that the economic bubble bursts, worse if it iclude the US economy, always in history a world war was the consequence to ‘make a Reset’, pushed by certain groups in a personal interest.

This is a fallacious argument though because it ignores all the meddling US does in Taiwan. Back in 2014 there was a serious plan to resolve the problem. China offered Taiwan to have representatives in the mainland government, while keeping an independent military and local governance.

US ran a color revolution in Taiwan in response to that much the same way they ran one in Ukraine. US also spends billions propping up separatists in Taiwan, and has been meddling there since WW2.

Despite that, the sentiment among the people is starting to change, People are currently protesting Pelosi outside her hotel https://twitter.com/lixi_sui/status/1554496501975601154

What Taiwan independence means in practice is Taiwan being a puppet state of the US that it will use to undermine China and then sacrifice the way they did with Ukraine. Not sure how that’s in the interest of people living there.

It will be seen, in any case, this matter gives me a very bad vibe.

don’t think it doesn’t scare us as well

not to be that person, but…

No, the position of the un and every other country is to support the status quo. You can call it one china but not the same country.

Taiwan is no more part of china than England is part of the united states.

That’s factually wrong. The status quo that UN and vast majority of countries in the world recognize is that Taiwan is part of China. This is a plain fact.

The status of Taiwan and China is quite complicated and it cannot be simplified so much that Taiwan belongs to China as it is, differentiating between ROC and PRC. The PRC’s fiery power over Taiwan is quite debatable.

This is a good run down of the actual legal status of Taiwan https://thediplomat.com/2014/08/no-taiwans-status-is-not-uncertain/

that is completely and utterly incorrect, check the UN database, it will cite them recognizing the PRC as the sole existing China.

PRC have a power of veto in UN. How do you think they would ever let UN change anything of status quo regarding to Taiwan?

Dude, assuming you’re in the US/Canada, none of the land you’re standing on belongs to that country. Meanwhile, Taiwan was ancestrally apart of China for thousands of years and wasn’t colonized.

Let’s have an indigenous tribe want independence and see how the US reacts to it? Oh wait! We already know! And we also know that the PRC has been way more restrained dealing with Taiwan than the US/Canada has been enforcing their stolen land!

Where are you getting this misinformation from? Taiwan has indigenous people still alive there today and speaking their own languages. The Formosan, Taiwanese Austronesians, Yuanzhumin or Gaoshan people. Taiwan is just as colonized as the US/Canada.

Let’s keep the goal post where it was at. Both Taiwan, parts of modern day China, and North America has been colonized. North America was actually colonized much earlier.

As someone who lives in occupied Hawaii, please shut the fuck up with your chauvinistic bullshit. Even if liberals were as politically conscious as you think, it doesn’t stop the government from fucking every single native over time and time and time again (I added the extra and time for emphasis because it happens that much you prick), for their own gain. What fucking planet do you live on, because it sure isn’t this one!

The conversation here is about the independent nation of Taiwan. Way to make everything about yourself.

Taiwan has never claimed to be fucking independent, only you have with your terrible grasp on politics

I swear I thought this site would be better

Taiwan is a independent democratic state, with it’s own currency, passport, government, laws and has guns guarding it.

When polled less than 10% want to unify with mainland. They want to keep their freedom. Why do you think they should have their freedom striped from them?

and fuck you, you brought the topic to America’s treatment of natives, which makes me viscerally disgusted that you think that the US has ever been fucking nice to them

and fuck you, you brought the topic to America’s treatment of natives

It doesn’t matter how many times you bring up America, China is trying to screw over Taiwan.

what the fuck even is this convo, I was attacking your simple point about america’s treatment of natives. I don’t give a shit about China trying to take taiwan. Do you know what a civil war is? Or the fact that (despite the will of some in taiwan) Its government considers itself the true ruling government of China? If Taiwan was actually claiming independence, that’d be another matter, but the fact is that the Republic of China and People’s Republic of China are in a state of civil war, and the existence of one threatens the other. I have sided with the PRC. The ROC can die, and if it was up to me, south korea wouldn’t exist either.

Are you referring to the first nations coming over the Bearing land bridge? Because that’s an extremely loose definition of colonialism and would mean literally the entire Earth has been colonized since the beginning of our species.

Did I say that? Hmm, must have been in a parallel universe because I definitely don’t remember saying that. There’s a difference between saying that the land is stolen and that needs to be reconcilled and saying everyone of a certain race needing to leave. Decolonisation is rarely about making anyone leave, certainly not about making any ethnostates, it chiefly means giving sovereignty and representation to Indigenous governments, which, the KMT is not an Indigenous Taiwanese government and doesn’t give sovereignty to Indigenous Taiwanese people, so how will Taiwan being a country (under KMT rule) be better for Indigenous Taiwanese people again?

(BTW, if someone says that every Han person needs to leave Taiwan or Tibet or whatever, by the same logic, it also means that every Uyghur needs to leave Xinjiang, because they migrated into the region when Chinese people already had a presence there. I love pointing that out to “go away, Han’s!” people and then watching them lose their minds.)

Yeah, they’re sympathetic riiiiight up until they’re personally affected in any way by giving Indigenous people any sovereignty. Go watch Silver Spook or any of the other actual Indigenous people’s political content and they invariably tell you about how utterly empty the support they get from the rest of the population really are. Shocker, learning about Indigenous people from white people won’t get you an accurate picture of their situation! For more information by actual Indigenous people, visit https://therednation.org/

Actually, it might be worse than not supporting them at all, because you’re apparently no longer allowed to point to colonialism as a source for any Indigenous issues anymore, because “well we like them now! if they’re still suffering, it’s their own fault!” As someone living in Canada, you’d be surprised how many people believe the previous statement unironically.

Thats what the PRC wants you idiot