I’m pretty meh on this. I think people should crosspost more heavily, and maybe it should be easier to see conversations from two communities that have a x-post when you’re subscribed to both?

Posting should be simple and straightforward. The mandatory fields should be enough for appropriate discoverability, and if that isn’t the case for other platforms, more clear translation mechanisms will be necessary anyway. Post flair never made sense to me and seems like it could be done adequately by editing titles. Tags not being moderated could be a mess.

Okay, well, I do use Instagram and I do know problems with tags there.

Having your content discovered relies on tagging it. But tagging it with what? Discovering what the appropriate tags are is non-trivial, and there’s nothing like “community search” you can use; if you go to a tag you can see which people you follow follow it, but if you are looking for tags your sort of person follows, good luck, because you can’t go to a relevant profile and see what tags they subscribe to. This means that people trying to get their stuff out there end up spamming a million tags in a shotgun blast of questionable taxonomy. This is the effort I’m talking about that isn’t simple and straightforward. If only the creator can add tags, then the creator has to figure out everything relevant to discoverability.

In addition! Tags not being moderated makes them much less useful than communities. #tradgoth has a bunch of very not trad goth in it. I don’t even know how to find trad goth posts. Probably there’s a tag to use, but I don’t know what it is. People got sick of normie aesthetic posts and sales posts in #goth, so everyone started using #gothgoth (I know this happened years ago on tumblr), but then the dropshipping spam moved there too. Look up #gothgothgoth on Tumblr. Yeah. Not a great system.

Or how I drew a picture of #caradelevingne in Carnival Row–but then looking at the tag, it had a ton of content of other models and actresses, because the algorithm favors engagement broadly, not engagement specific to being discovered from that tag–so if a photo of #whoever is also tagged #aeroplain (maybe on the off chance it’ll help their discoverability), and gets a lot of likes from people who were looking for #whoever, it’ll also rank highly in #aeroplain content despite having nothing to do with you. X-posting across communities doesn’t have this problem because if it’s upvoted in /c/whoever but not in /c/aeroplain, that’s fine–and the aeroplain mods can come in and remove for irrelevance.

I think this is good discussion! People have different experiences with social media and it’s good to bring in multiple perspectives.

To me, it’s not clear what the advantage of our /c/tradgoth + #goth setup is over /c/tradgoth x-posted to /c/goth is, and I do see risks.

Okay, to be specific, then… #vultureculture is a taxidermy tag (mostly just bones salvaged from roadkill). Every now and again in my tumblr days you’d see vegans putting pretty gorey animal rights stuff into that tag because they wanted to shock the people perusing it (mostly non-taxidermists like me who think skeletons look cool but do not have the stomach to themselves clean them). This might be totally fine with, idk, /c/vegans_but_only_the_jerk_vegans, so their mods might just allow the misuse feeling that it’s a reasonable PSA for that tag. This isn’t a problem if you have the different fragmented vulture culture / skeleton communities crossposting among themselves.

Actually, now that I’m thinking about Tumblr more than Instagram, I remember a ton of what we might call “tag brigading”–people use tag X for some niche, other people find that tag and start spamming anti-X content tagged X. (#witchcraft has seen some shit) Since no tag moderation, this was typically where the most vitriolic conflicts started.

I like the idea that we’ll have redundant communities, and I like the idea that it’ll be possible for people to go to larger instances and harvest content to x-post onto smaller communities. I think you’re right that discoverability is a big issue with fragmentation. I would hope that eventually it might be possible for the UI to suggest communities to x-post to based on frequent rates of x-posting between the selected one and the suggestions, and that this would help, but maybe that’s unrealistic.

And for the record, since I’m showing my cards here with my anecdotes:
this is trad goth: and this is definitely goth, but not trad goth: 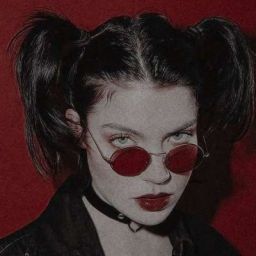 I think a key part of my vision is that you cross post other people’s content. maybe you’re friends with the bazsoc mods, so when you see good stuff on foosoc you cross post it over. maybe this isn’t relevant to where the main /c/goth lives, but all the little weird fragments instead. maybe I’m not looking for max views when I post something, but just a discussion with my community, and someone wants to take it over to another of their communities as well.

I really like this idea, since i desire a way to follow tags (just i currently can follow users on mastodon/pleroma/etc.) without having a separate viewpoint as in mastodon or so.

I think this feature would allow me to do that, finally. So i could subscribe to the politics hashtag, which has the advantage that i do not have to pay attention to new politics communities being created.

I agree. I already try to implement a kind of tags in my titles like : [QUESTION] How to do this in Python

This is good to not have tons and tons of community that are around the same topic.

This would be completely crazy and can be solve by putting tags in deed.

When you need to quickly go through a community and not view all posts one by one, tags are very useful.

Very well written! I had the same idea and I’m very enthusiastic about a tag-based content aggregator. The potential for content filtering is so much greater and more streamlined with a tag-based system over something like subreddits. Thanks for writing this!

I’ve also always wanted a tag based aggregator for all the reasons you mentioned, but the platform I imagined was without subreddits/communities. I’m having trouble understanding what purpose communities would serve in your version. What would be the functional difference between /c/politics and #politics? What would be the difference between joining /c/linux and just following #linux?

I just saw this comment. I completely agree. I think that communities can be made organically with tags. And I think it naturally represents real human community formations.

Feel free to ask me anything here.