The giant hangar poised for an aviation revolution

The giant hangar poised for an aviation revolution

Airships could offer a much cleaner and quieter alternative for some aspects of the aviation market. In a former airship factory, a new generation are taking shape.
alert-triangle
You must log in or register to comment.
@AgreeableLandscape
admin
link
fedilink
3•
edit-2
3M

Why did airships die? It’s not actually because of the Hindenburg disaster. It’s because of the fact that helium (or even hydrogen, which is lighter) has very low buoyancy all things considered. So you have to be even more frugal with weight than airplanes, which means the equipment and amenities you can bring is extremely limited, and more importantly, the number of people you can carry, which ensured that the airships of old were far from economical. This is exacerbated when you consider how slow they are. Packing in people like sardines might be acceptable for a 16 hour flight on an airliner, but for a 6 day journey, no. Uncomfortable wouldn’t come close to describing it, it will be terrible for both your physical and mental health, and can even lead to fatal complications like deep vein thrombosis. And this is saying nothing of the weight of the absolute essentials like fuel, water, and food for a multi day journey. The Hindenburg was not exactly luxurious, it had bunk beds for example, but IMO, the amenities it did have, like bedrooms, showers, a promenade, cafeteria, etc would are absolutely be necesaary if you’re on the ship for more than 24 hours, which also exacerbates the weight issue, which was what killed the airship in the first place. It really doesn’t matter what new technology we have, the low buoyancy of helium is a fundamental issue of physics, not something we can engineer our way out of.

Also, we’re running out of helium on Earth. It’s not like hydrogen where there’s an entire ocean’s worth of it here, helium is very rare on terresterial planets, and ours is no exception. It comes mostly from radioactive decay deep in the Earth, which isn’t a lot. It’s also very important for cooling superconductors, like the ones used in life saving MRI machines and in scientific equipment like particle accelerators. Using it in a blimp will inevitably lead to it being vented into the atmosphere, and helium is light enough to float directly into space, might not be the best idea for sustainability.

Also also, I’m not convinced that Zeppelins are actually more efficient per passenger-km than a ship, considering how many people a ship can carry compared to an airship. It’s also easier to use clean fuels like hydrogen (which require heavy pressure-tanks to safely contain, and the molecule itself just has lower energy density than aviation fuel to begin with) when you don’t have such razor thin weight limits. If we want a way to cross the oceans with less of a carbon footprint than a plane, maybe we should look into reviving ocean liners, building or refitting them for maximum efficiency while being liveable, as opposed to a luxury cruise ship. And for land based travel, the train is king for both speed and efficiency.

There have been a lot of advances in light weight materials since then, and while it is correct that weight is limited, space is not, so a passenger will be the opposite of cramped. The main passenger space in a Zeppelin is inside the main cylinder, the gondola below is only the cockpit basically.

So if they can make it economically viable, then a trans-atlantic crossing with an airship might take longer, but it will be a lot more comfortable and they could even do low altitude flights and sightseeing stops on the way.

Some good points, which I will concede where appropriate, but TBH until I actually see real airship trans-ocean services, I will remain skeptical. Too many transportation grifts lately cough hyperloop cough.

I’ve also been thinking: I think the biggest hurdle would be using renewables for airships. All the energy storage we have so far: batteries, hydrogen, biogas etc, are too heavy, or require pressure tanks that are themselves too heavy, even if the energy source isn’t. It’s already extremely easy to use renewables for ships, because many large ships are diesel electric already, with diesel engines driving a generator and motors driving the propellers. Just replace the diesel part with renewable electricity generation and the fundamental design is left unchanged. What’s more, ships running renewables already exist and can alrrady make trips for real.

If the airship uses hydrogen, then you need some tanks for it anyways and those could also feed fuel cells. They are not that heavy if made from carbon fiber. Its also much easier to refill on the way on a short stop.

Also such an airship has potentially a huge surface area for solar panels. Regular silicon ones are probably too heavy, but those Perovskite cells under development can be super lightweight at still decent efficiency.

But I agree, let’s be skeptical until there is actually some real ones flying again.

Yeah, I don’t think using hydrogen lifting gas is the best idea. We have multiple burned down blimps to attest to that. Also, I kind of doubt you can store enough hydrogen at atmospheric pressure to both lift the blimp and also power it. Solar panels might work, but that’d be an engineering feat that I need to see before I believe.

Compared to Airplanes yes, but the old ones did go up to 200 km/h AFAIK. Crossing the Atlantic took around three days.

I’ve always liked the idea of airships, and we see these kinds of ventures pop up every few years. For whatever reason they don’t seem to take off unfortunately.

I imagine one roadblock is that all the existing infrastructure is geared towards planes. Airships have a different profile and need different kinds of maintenance so you can’t just land them at a regular airport.

As a side note, with new materials like graphene it might be possible to make vacuum lifters with very thin skins around a rigid frame at some point. These would have the best possible lift ratio.

Airships are a good and secure alternative for some tasks, for travel, transport of goods, investigations and observations. Due to the buoyancy itself, they do not need very powerful engines, which can currently be perfectly electric, since they are needed only for forward movement and maneuverability. As long as they don’t make the past mistake of using it with hydrogen instead of helium 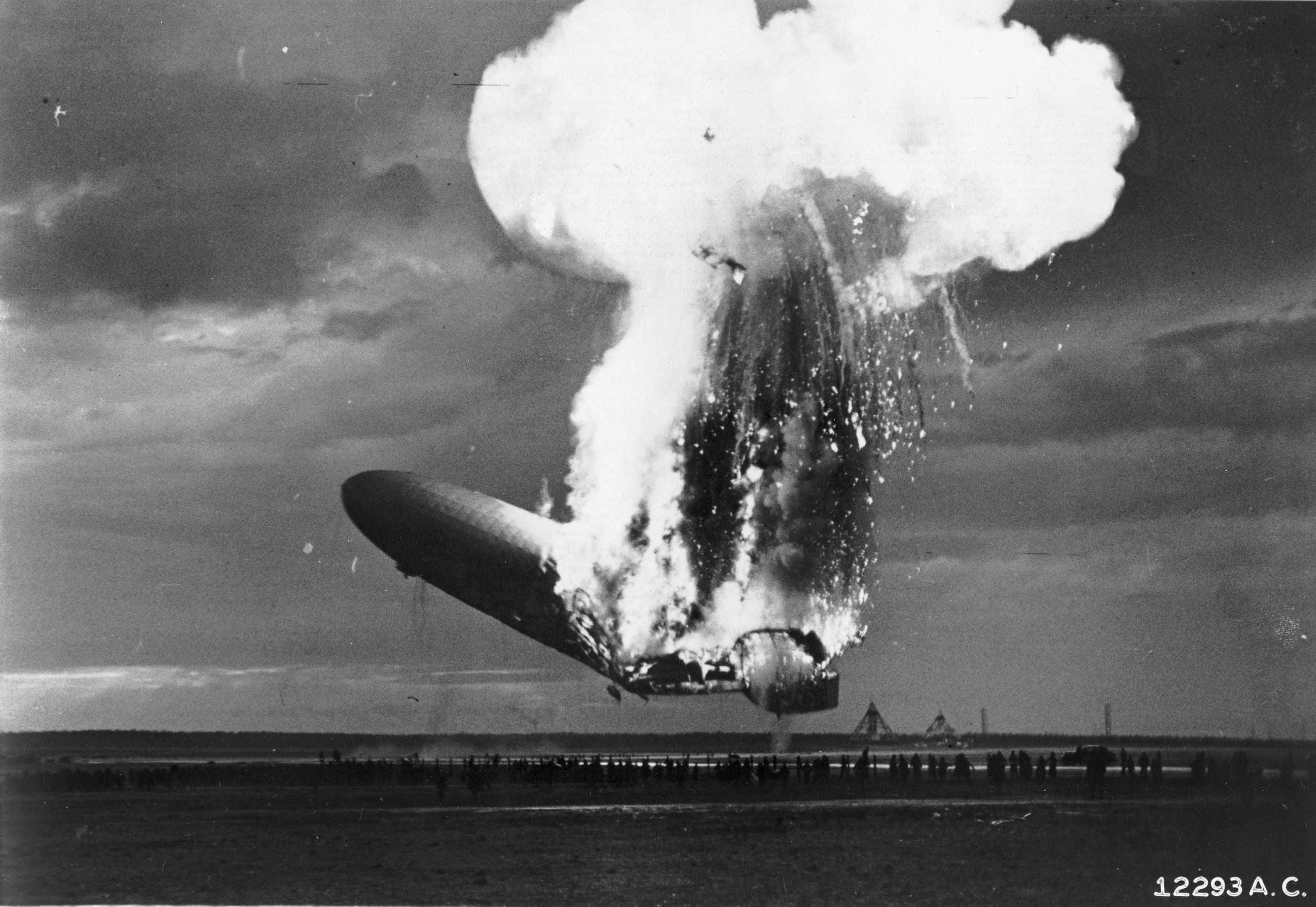 There are some engineers that say the problem was not the hydrogen itself, but rather a combination of the leaky and electro-statically charged hull material and the hydrogen.

If modern hull materials would allow using hydrogen that would have many advantages. Not only has hydrogen about 20% more lift AFAIK, but it is also globally available through electrolysis of water and can be used for light-weight fuel cells to run the electric motors.

I suspect that only hydrogen filled and run airships will be economically viable.

The coverage has only made it worse. To ignite hydrogen, it is certainly only missing a hole and a spark, that is, with an antistatic cover it would have burned just the same, although perhaps somewhat less catastrophic. Hydrogen is highly flammable, even explosive in combination with air, which is precisely why it is used as fuel, Helium is not at all, it is much safer, although it is somewhat more expensive. It weighs somewhat more than hydrogen, but it provides sufficient buoyancy and is therefore also used in balloons, both weather and sports. Would you mess around with a hydrogen-filled balloon in a lightning storm?